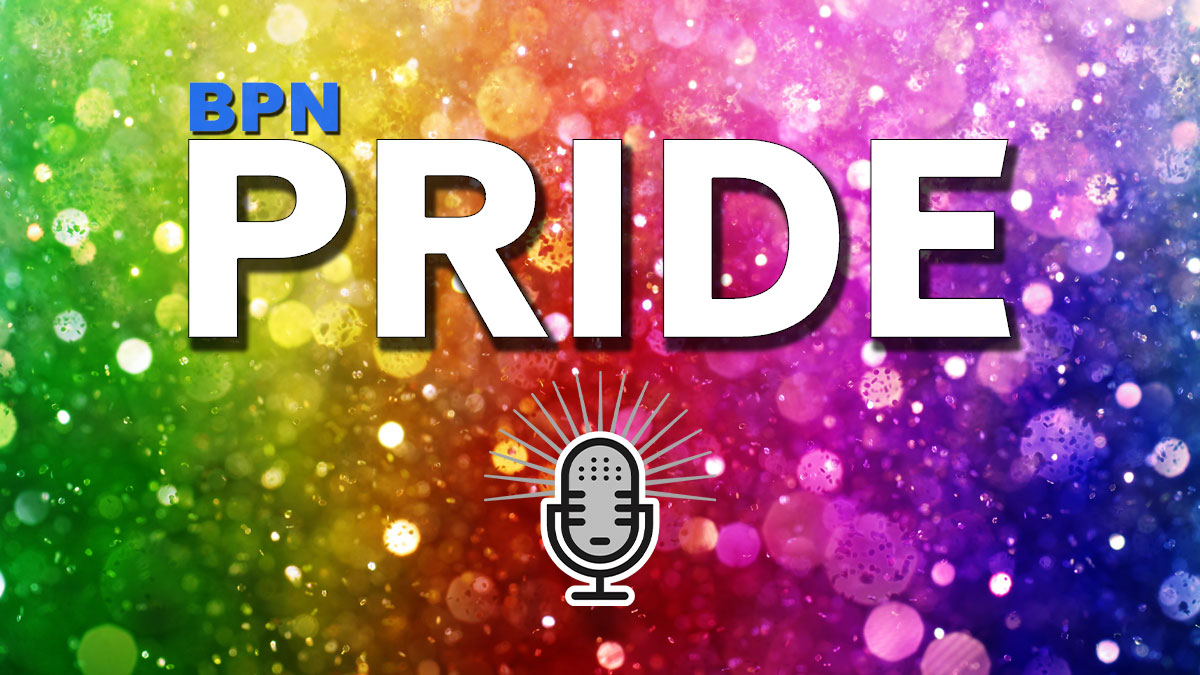 The Broadway Podcast network (BPN), Tony award-winner Dori Berinstein and Alan Seales, are pleased to celebrate Pride month with a special section of the website BPN.FM/Pride highlighting a variety of programming to mark the occasion. Such events include live Town Halls with cast members of The Prom and episodes which highlight fabulous artists such as Jeremy O Harris and recent Pulitzer Prize winning Michael R. Jackson.  All of the events and episodes air exclusively on the Broadway Podcast Network and wherever you listen to podcasts.

A selection of individual podcasts highlighting members of the LGBT+ community include:

It’s always Pride with the Broadway Husbands and this month is no different featuring some of social media’s most prominent same sex couples like this week’s guests Michael and Matt, gay travel bloggers who met on YouTube and share their love of travel and photography through beautiful content and authentic personalities. Next week are Tennessee couple, creatives and bloggers Kyle Boen and Cameron Hinkle, rounding out the month are the Crafty Lumberjacks from HGTV. In upcoming episodes they welcome Alexandra Billings, one of the first openly transgender women to have played a transgender character on television, from Broadway’s Wicked and Amazon’s Transparent, and Kelli Carpenter and Anne Steele from the podcast I Love My Wife.

Broadwaysted is going “Rainbow High” with their weekly Quarantine Movie Crew. On Friday, June 26th, Broadwaysted will proudly present an episode revolving around three Gay Cult Classic Sequels: Grease 2 (PlutoTV), Mamma Mia! Here We Go Again (HBOGo), and Sister Act 2: Back in the Habit (Disney+). The discussion will include Broadwaysted Crew Bryan Plofsky, Kevin Jaeger, and Kimberly Schmidt and feature Broadwaysted Bestie Aaron J. Albano, new #FriendoftheShow Fav Nikisha Williams, and special guest, DeMarius Copes.  As usual, they will have some drinks, have some laughs, and share personal pride journeys as they gag over three films that are easily labeled as “required gay viewing!”

Dori Berinstein’s podcast Deep Dive Broadway today and everyday celebrates Pride. This week’s guests are the creators of the Pride Plays, Producers Doug Nevin and Michael Urie and Festival Director Nick Mayo. Now in it’s second year, the Pride Plays – in association this year with Playbill and Rattlestick Playwright’s Theatre – are once again celebrating spectacular queer-themed works from renoun artists such as Lisa Kron and the Five Lesbian Brothers, Donja R. Love, MJ Kaufman and Marc Crowly, alongside brand new voices with a spectacular line-up of theatrical events, readings and workshops, all presented digitally for the first time.

The Ensemblist, hosted by Mo Brady, previously released a mini-series on “Queer Characters” in Broadway and Off-Broadway musicals, with guests including Telly Leung and Caitlin Kinnunen. In addition, their “Let’s Talk About Auditions” mini-series features interviews with LGBT community leaders including Stephanie Klemons, Spencer Liff, and Stephen Oremus.

Mama’s Talkin’ Loud hosts Cara Cooper and Jessica Rush spoke with Gavin Lodge and Christina Rouner on June 9 about raising gender fluid/non-conforming children. On June 13 Daisy Eagan, the youngest female ever to win a Tony award for her portrayal of Mary Lennox in The Secret Garden, shares her motherhood/life journey. Following is Cheyenne Jackson and his husband Jason Landau on the surrogacy journey and having twins, and lastly is Stephanie Klemons and her wife Colleen Quinn on their journey as lesbian mothers.

My Broadway Memory resumes their weekly broadcast on June 18 at 7pm EST LIVE. Each week, hosts Michael Kushner & Brian Sedita keep Broadway alive by bringing memories straight to you. Michael, Brian, and two much-loved guests each pick a Playbill from their collection at random and chat about the memories associated with that experience. On this week’s episode, join The Prom’s Caitlin Kinnunen and Josh Lamon to kick off our first Pride Episode of My Broadway Memory. Dimitri Moise will be our guest for this week’s Good News segment, as they report on Claim Our Space Now, an organization emboldening urgent action to dismantle white supremacy and save Black lives. Throughout the rest of July (and always) they will continue the weekly Thursday episodes celebrating Pride.

Musical with Cheese is celebrating pride month by showcasing musicals about the LGBT community and/or written by a prominent LGBT writer.  Starting with Fun Home and A New Brain, this week’s focus is the coming of age drag musical Everybody’s Talking about Jamie — where Jess & Andrew discuss the British musical about a boy named Jamie who dreams to one day become a drag queen despite his teachers telling him he is destined to live the life of a truck driver.  Next week they will welcome the breakout star of “Disney’s Encore,” Adam Wachter, to talk about Tarrytown, Wachter’s contemporary musical loosely based on Washington Irving’s “The Legend of Sleepy Hollow” where Ichabod Crane falls in love with Brom, rather than Katrina.

Page To Stage: A Conversation with Theatre Makers is celebrating Pride with Max Vernon, 3-time Drama Desk nominee, Out100 Honoree, and recipient of the Lucille Lortel Award for Best Musical, Richard Rodgers Award, Jonathan Larson Grant, and many more. Their musical, The View Upstairs, ran 105 performances Off-Broadway and saw sixteen new productions around the world over the last three years. Their other musical, KPOP, enjoyed a sold-out, extended run at Ars Nova and was the most nominated Off-Broadway show of the 2017-2018 season.