DAISY EAGAN has “Nothing to Hide” on “MAMAS TALKIN’ LOUD” 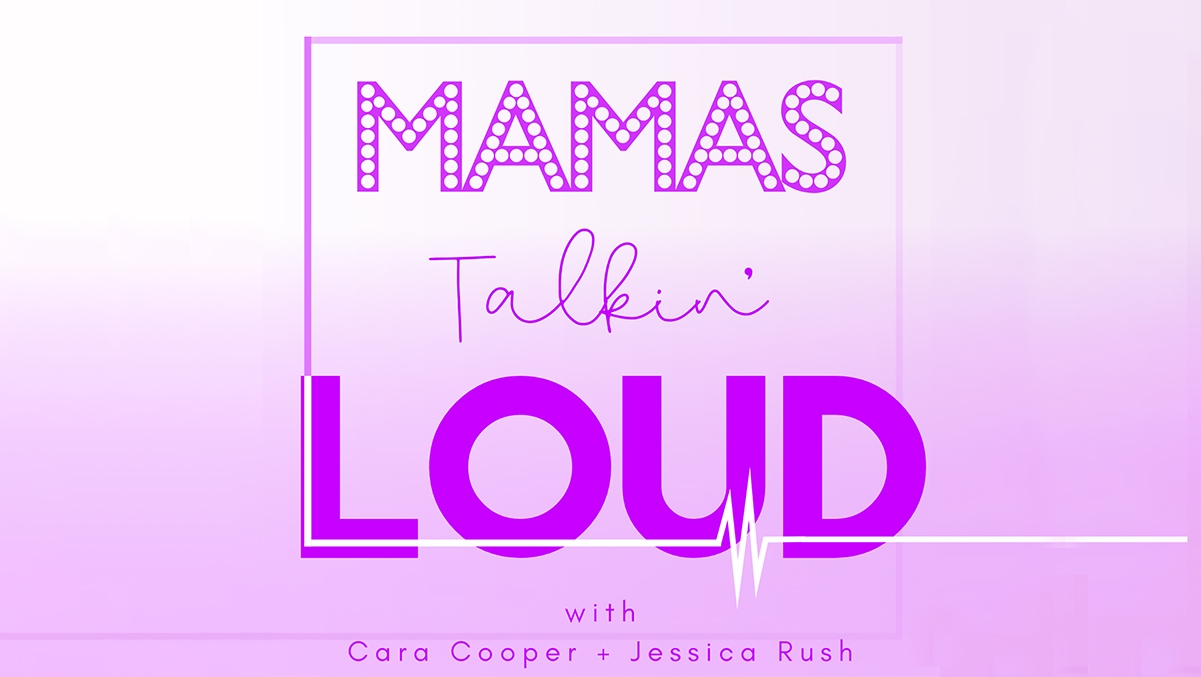 Cara Cooper and Jessica Rush of the hit podcast “Mamas Talkin’ Loud”, in association with the Broadway Podcast Network, are pleased to announce that Tony Award-winner Daisy Eagan (The Secret Garden), recently joined them as part of their month of PRIDE to talk her motherhood/life journey, from coming out at the age of 12, to continuing to explore gender identity and sexuality, all while battling the pressures of show business that for so long only accepted womxn who look and act a certain way. Wildly open and honest about her struggles and triumphs, Daisy continues to be an activist for the LGBTQ+ community and the #BLM movement, and a voice for the dismantling that needs to take place in order to heal and rebuild our broken society. She has “Nothing To Hide”. The podcast is available now wherever you listen to podcasts and at bpn.fm/mamas.

In year four of sharing a dressing room at Broadway’s Jersey Boys, hosts Cara Cooper and Jessica Rush found themselves in uncharted territory, juggling motherhood and eight shows a week. Knowing they weren’t alone in the struggle, they founded a support group for mothers in the business of show, called Broadway Baby Mamas. Join Cara and Jessica ‘in the dressing room’ as they discuss in depth the usually funny, always emotional and very frank comedy and tragedy of motherhood with today’s great mamas of Broadway and beyond.

Their most recent guest, DAISY EAGAN is the youngest person to win a Tony Award for her role in The Secret Garden. Additional Broadway credits are Les Miserables and James Joyce’s The Dead. She has been seen in numerous television shows, most recently as Joey Riverton in “Good Trouble”, but also “Girls”, “The Mentalist”, and many more. Daisy has written and starred in three one-woman shows: “Daisy Eagan: Fuck You. I Love You.”, “Still Daisy After All These Years”, and “One For My Baby”. A published, award-winning writer with a loyal and growing audience, Daisy is a fierce fighter and activist for women’s and LGBTQ rights, she is a rousing voice in political arenas, and continues to fight for change throughout her career.

CARA COOPER (host) is an actress most recently on Broadway in the critically acclaimed musical The Prom. Prior to that, she was the longest running Mary Delgado in the Broadway company of Jersey Boys. During her run in JB, she had not one, but two babies. She lives in New Jersey with her husband, Graham Bowen, and the aforementioned babies, Elin and Finn (who are no longer babies). Before kids, her Broadway career included the original companies of Elf, The Wedding Singer, All Shook Up, Urban Cowboy, replacing in Legally Blonde, and waking up for a matinee at 10am… She has appeared on Showtime’s “City on a Hill” and in the films Adult Beginners and The Great Gilly Hopkins (both of which she shot while pumping in the trailer). She is the co-founder of Broadway Baby Mamas and keeps her sanity with equal parts exercise, wine and tortilla chips.

JESSICA RUSH (host) is a mom, wife and award-winning actress currently seen as Rhonda in the original Broadway company of Tina: The Tina Turner Musical. She most recently completed a successful run in Broadway’s Dear Evan Hansen, where she stood by for both Cynthia Murphy and Heidi Hansen. Last season she originated the role of Joyce Bogart in Summer: The Donna Summer Musical. Jessica had the honor of closing the Broadway run of Jersey Boys as the longest running Lorraine, and prior to that, appeared in Guys and Dolls and stood by for Laura Benanti in Gypsy with Patti LuPone. Television credits include appearances on “Billions”, “White Collar” and the award-winning web series “Then We Got Help”. She was the recipient of the Joseph Jefferson Award for her portrayal of Louise in Gypsy at Chicago Shakespeare Theatre, and is co-founder of the Broadway Baby Mamas. Ms. Rush enjoys a charcuterie board, rosé, pumpkin spice, and all things basic, while raising her voice in the fight for awareness and equality. She is married to actor Eric Anderson, and mom to their daughter, Elliot.

DAISY EAGAN  (guest) At eleven years old, Daisy Eagan became the youngest actress ever to win a Tony award. Over twenty years later, her career has brought her back to Broadway again and again, and has also sent her across the country on a national tour, three self-penned one woman shows, world premieres at South Coast Rep and La Jolla Playhouse, numerous television appearances, starring roles in film, and much more. A published, award-winning writer with a loyal and growing audience, Daisy hasn’t left her creative talents on the stage. A fierce fighter and activist for women’s and LGBTQ rights, she is a rousing voice in political arenas, and continues to fight for change throughout her career.

BROADWAY PODCAST NETWORK  The Broadway Podcast Network (BPN) is the premiere digital destination for everyone, everywhere who loves theatre and the performing arts.