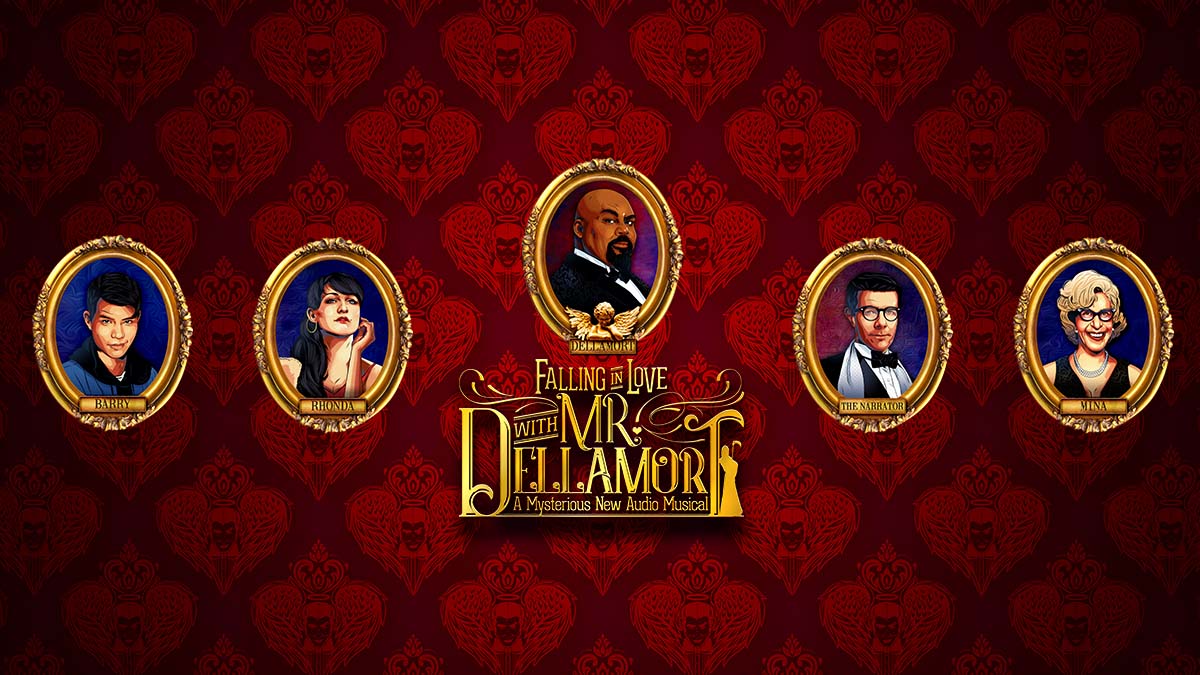 In Falling in Love with Mr. Dellamort, the new audio musical, three lost souls receive an unexpected invitation to spend New Yearʼs Eve at Maison Dellamort: a remote South Carolina guest house with a peculiar yet magnetic host. With its original take on classic themes of unrequited love, mortality and deception, and featuring a stunning cast of Broadwayʼs most beloved stars, this distinctive audio experience will transport listeners into a world laced with the iconic theremin, Foley-style effects, and an original pop score.

Producer Tony Castrigno remarked, “I saw an early reading of Falling in Love with Mr. Dellamort and fell in love with both the music of the theremin and the way the Gothic tale delighted me – and the audience. It’s grand fun with a touch of the serious.” Producer Mark Rubinsky added, “When the pandemic scuttled our plans to bring this quirky musical to the stage, an obvious choice was to make a radio play. But radio plays aren’t musicals. Until now! Listen in your living room, your car on the way to the Grand Canyon, around a campfire or maybe on the way to a live show! It is a feast for the ears and the imagination.” Castrigno concluded, “Let’s do an upbeat and offbeat Musical about Death in the middle of a pandemic. And somehow that seemed like a good idea. Turns out it was a great idea.”