LEA MICHELE CHATS WITH MARC TUMMINELLI ON LITTLE ME: GROWING UP BROADWAY PODCAST ABOUT HER BROADWAY START AND WHAT SHE HAS LEARNED OVER THE PAST YEAR 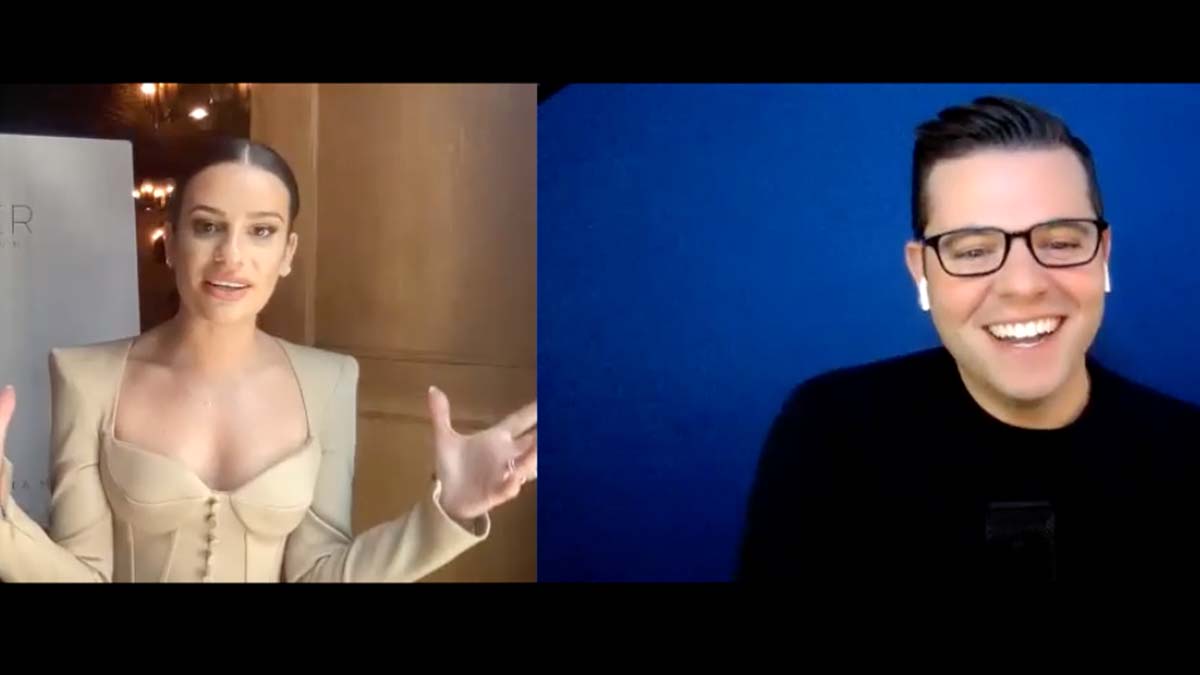 Marc Tumminelli host of Little Me: Growing Up Broadway welcomes Lea Michele for a special episode in which she recounts her early days on Broadway, the upcoming Spring Awakening reunion concert, her new album and so much more. Little Me: Growing Up Broadway has surpassed 60,000 downloads since launching in March of 2020. New episodes of the podcast are available every Thursday at bpn.fm/littleme.

In the episode released on November 11, 2021, Michele sits down with Tumminelli and shares the backstage stories of her early career and reflects on what it means for her to come back to Broadway for the one night Actor’s Fund concert of Spring Awakening, her memories of working with Marin Mazzie, Audra McDonald teaching her how to sing, Peter Friedman taking her to the TONY Awards, her high school musicals, her almost playing Eva in Evita on Broadway, Ryan Murphy constantly challenging her, her new album, being a new mom and her thoughts the upcoming revival of Funny Girl.

“Motherhood changes you in ways you cannot express, it has softened me, it has grounded me in many ways, it has forced me to slow down and keep the things I really want and really matter.”    –   Lea Michele on Little Me: Growing Up Broadway

On the podcast, LITTLE ME: growing up Broadway, Tumminelli sits down with Broadway, TV & Film stars to dish about how it all got started. As a theater educator and the owner of Broadway Workshop, he gets his guests to open up about the good, bad, and ugly of being a young person with a dream of the bright lights of Broadway. Performers will share tales of hitting it big, local auditions, school theater, backstage stories, child stardom, nightmare auditions, opening nights, unexpected closings, stage moms and dads, wranglers, unemployment, college, and everything else Marc can get out of them!  Produced by the Broadway Podcast Network.

This week’s guest, LEA MICHELE is an award-winning actress, singer and NY Times Best Selling author. She is best known for her role as “Rachel Berry” on Ryan Murphy’s critically acclaimed, Golden Globe- and SAG Award-winning series, Glee. In 2010, Michele was honored with an Emmy Award nomination for Outstanding Lead Actress in a Comedy Series and a Golden Globe nomination for Best Television Actress – Comedy. In 2012 and 2013, Michele won the TEEN CHOICE Award for Choice TV Actress: Comedy. In 2013, she also won a People’s Choice Award for Best TV Comedic Actress. At just eight years old, Lea Michele made her Broadway debut as “Young Cosette” in Les Misérables. Since then, Michele has shared the stage with Broadway greats Audra McDonald and Brian Stokes Mitchell in Ragtime, as well as Alfred Molina in the 20th anniversary production of Fiddler on the Roof. She also received raved reviews for her stage performance in the role of “Wendla” for the Tony Award-winning Broadway production of Spring Awakening, which earned her a Drama Desk Award nomination for Outstanding Actress in a Musical. While appearing on television and stage, Michele’s love for music has been a focal point in her career. Michele has had the honoring of singing for The President and performing at the Superbowl. She has released 3 albums, “Christmas in the City”, “Places” and “Louder” and has also traveled around the world on multiple concert tours including a joint tour with fellow Glee alum Darren Criss. Michele is also a best-selling author releasing “Brunette Ambition”, which was a NY Times Best Seller as well as her follow-up book, “You First”.

MARC TUMMINELLI is the founder of New York’s top training program for young actors – Broadway Workshop – as well as the nonprofit – Project Broadway. Marc adapted the book, music & lyrics as well as directed the developmental workshop productions of the school editions for over 20 titles including; Spamalot, Addams Family, Head Over Heels, Zombie Prom and We Will Rock You now being licensed all over the world. Directing credits include The Marvelous Wonderettes, Sweet Charity, Bring It On, Over the Tavern, I Love My Wife, Pippin, Carrie, Legally Blonde, Xanadu, Annie. As an actor, Marc has appeared as “Eugene” in Brighton Beach Memoirs, Biloxi Blues and Broadway Bound at theaters across the US and in GYPSY starring Patti LuPone, directed by Lonny Price. Marc is the host of the popular podcast LITTLE ME: Growing up Broadway on the Broadway Podcast Network.

Listen to the podcast at bpn.fm/littleme