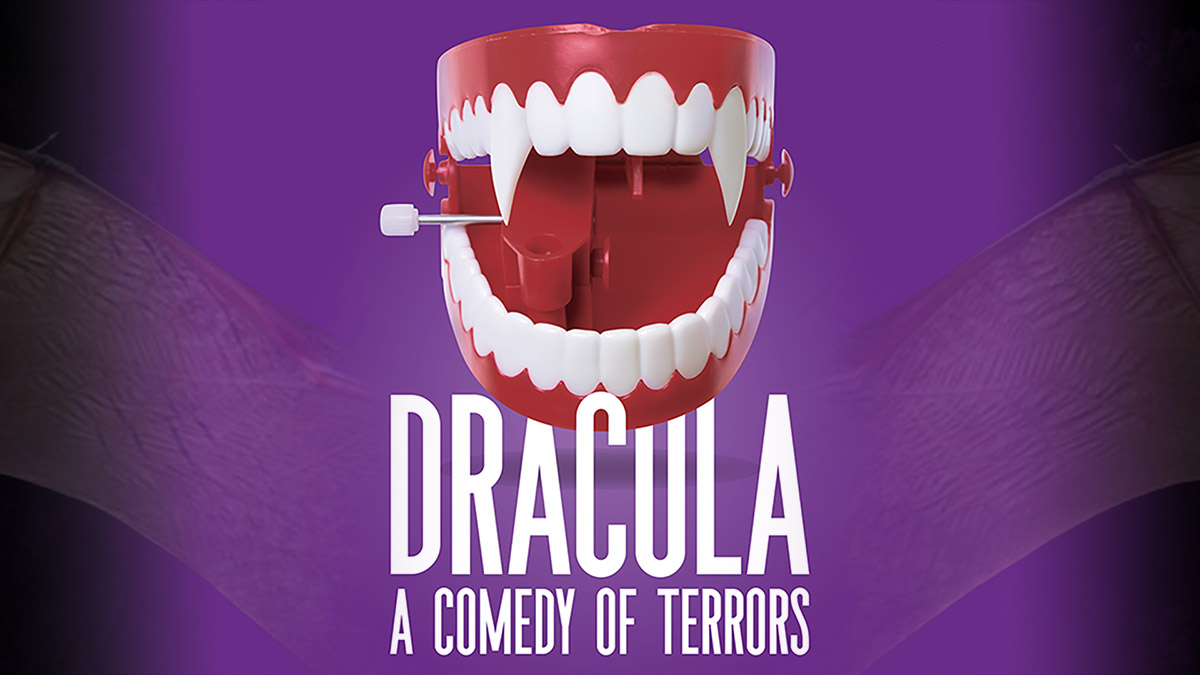 Broadway Podcast Network (co-founders Dori Berinstein and Alan Seales), in association with Tony Award-winning producer Liz Armstrong, is thrilled to present an all-star cast in Dracula, A Comedy of Terrors, a new comedy send-up of Bram Stoker’s epic horror story. Hilariously reimagined with a dash of Mel Brooks and a pinch of Monty Python, this new take will be presented as a classic radio play to benefit The Actors Fund
and Broadway Cares/Equity Fights AIDS. Scheduled to be released in four installments, the first installment will be released on Friday morning, May 1 everywhere podcasts are available.

To celebrate the launch of Dracula, A Comedy of Terrors, cast members from the radio play will gather together for a live event on Friday, May 1 at 8 PM as part of Broadway Podcast Network’s Town Hall series. Viewers can join in as some of Broadway’s biggest stars discuss the return of this vintage form of performance, and what listeners can expect from the series.

Dracula, Comedy of Terrors follows the legendary Count Dracula as he travels to England to seduce the woman of his dreams, stirring up danger, magic, sensuality and all manner of silliness. Created in the spirit of The 39-Steps and developed at Chicago Shakespeare Theatre and the Maltz Jupiter Theatre, Dracula, A Comedy of Terrors reimagines the epic horror story of Count Dracula as a lightning fast, laugh-out-loud comedy. Featuring a cast of 14 of Broadway’s biggest stars, this radio play adaptation created expressly for BPN to benefit The Actors Fund and Broadway Cares, this new way of way creating theater is reminiscent of the vintage broadcasts of the 1940’s. It is edited by Bart Fassbender (Soft Power, Bloody Bloody Andrew Jackson), has an original score and soundscape by 7-time Joseph Jefferson Award winner Victoria Delorio and is associate directed by Marty Maguire. Programming will continue to be added to the Broadway Podcast Network’s “Broadway Together” section as the COVID-19 shutdown continues, to keep the industry and its fans informed, connected and entertained. For the most up-to-date information on new podcasts, interactive games, and more, visit broadwaypodcastnetwork.com/broadwaytogether/.

Greenberg and Rosen co-wrote the stage adaptation (with Michael Mahler & Alan Schmuckler) of The Secret of My Success for Universal Stage Productions, which premiered at the Paramount Theatre in Aurora and was shut down due to the COVID-19 crisis. They also co-wrote Ebenezer Scrooge’s Big San Diego Christmas Show for the Old Globe, which will return this holiday season as well as Ebenezer Scrooge’s Big Playhouse Christmas Show, which has played for the past three years at the Bucks County Playhouse. They recently wrote Killing Time, a #PlayAtHome for the Old Globe and are at work on a new commission as well as several new television and stage projects. Individually, Gordon Greenberg directed and co-wrote the Broadway stage adaptation of Holiday Inn for Universal Stage Productions (Studio 54, PBS Great Performances), directed the acclaimed West End revival of Guys & Dolls, which was nominated for 6 Olivier Awards and starred Rebel Wilson, and directed the premieres of Piaf Dietrich for Mirvish Toronto, Huey Lewis’ The Heart of Rock and Roll at the Old Globe, and the revisals of Working (Drama Desk Award) and Jacques Brel… (Drama Desk nom) as well as co-writing movies for Disney and Nickelodeon. Steve Rosen (with David Rossmer) co-wrote and starred in Off-Broadway’s The Other Josh Cohen and are currently co-writing Broadway Vacation which will make its world premiere at the 5th Avenue Theater in Seattle. They are
developing several television and theater projects as well. As an actor, he has appeared on Broadway in Spamalot, The Farnsworth Invention and Guys and Dolls.