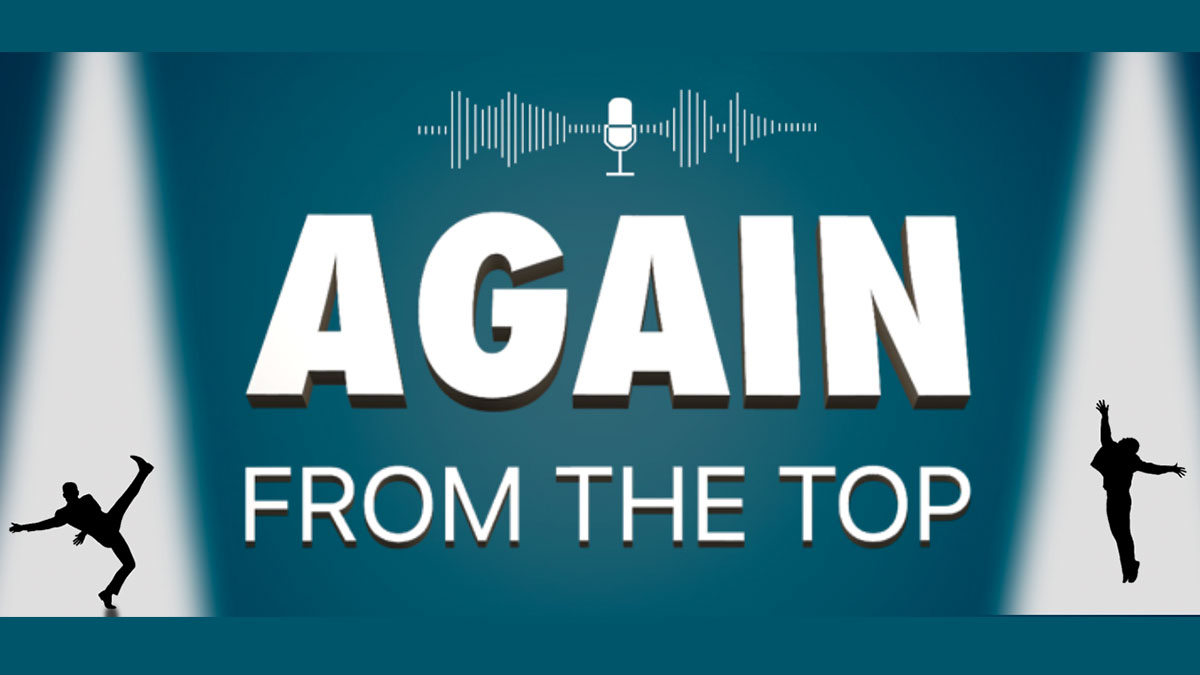 Jack Sippel (The Prom) and Brendon Stimson (Mean Girls) are sitting down to chat on their new podcast AGAIN FROM THE TOP.  The new podcast explores the moment in performing arts professional’s careers that they found their stride, including Max Clayton (Moulin Rouge!, Bandstand), Kara Lindsay (Newsies, Wicked), Rob McClure (Tony winner Chaplin, Beetlejuice), and more. The podcast is available weekly at www.BPN.FM/AgainFromTheTop

Bringing dance center stage are Broadway and Film veterans, Brendon Stimson and Jack Sippel, who were most recently part of the choreography team for The Prom on Netflix.  These two Broadway dance captains and creative best friends offer goofy banter and behind-the-scenes stories featuring special guests who have created some of Broadway’s biggest hits and have performed in blockbusters like Hamilton, Newsies, Shuffle Along, Moulin Rouge, and more. Listen as they uncover how professionals discovered their unique 5-6-7-8 and take it “Again from the Top”.

Jack Sippel was most recently the assistant choreographer and performer for the Netflix adaptation of The Prom working alongside director Ryan Murphy, choreographer Casey Nicholaw and stars such as Meryl Streep, Nicole Kidman, Kerry Washington and others. Previously he had been the dance captain and swing in the original Broadway production. Before Jack began his journey with The Prom, he had toured the country with the 1st National Tours of Newsies and Memphis. Other credits include time working at The Paper Mill Playhouse, Flat Rock Playhouse and over 10 seasons with The Muny.

Brendon Stimson has been a veteran of the Broadway stage since 2009.  Credits over the years in NYC have included West Side Story (‘09 revival), Something Rotten and was part of the original casts of Newsies, Honeymoon in Vegas, and Mean Girls.  Hailing from Rochester, NY, Brendon earned a B.F.A in Musical Theatre from Syracuse University.  As an Associate Choreographer, Brendon worked with Ryan Murphy and Casey Nicholaw on The Prom movie for Netflix, working one on one training Meryl Streep, Nicole Kidman, James Corden and others.

Listen to “Again from the Top” now at BPN.FM/AgainFromTheTop