News Item: Celebrate the colorful history of musical theatre with “Anything Goes” 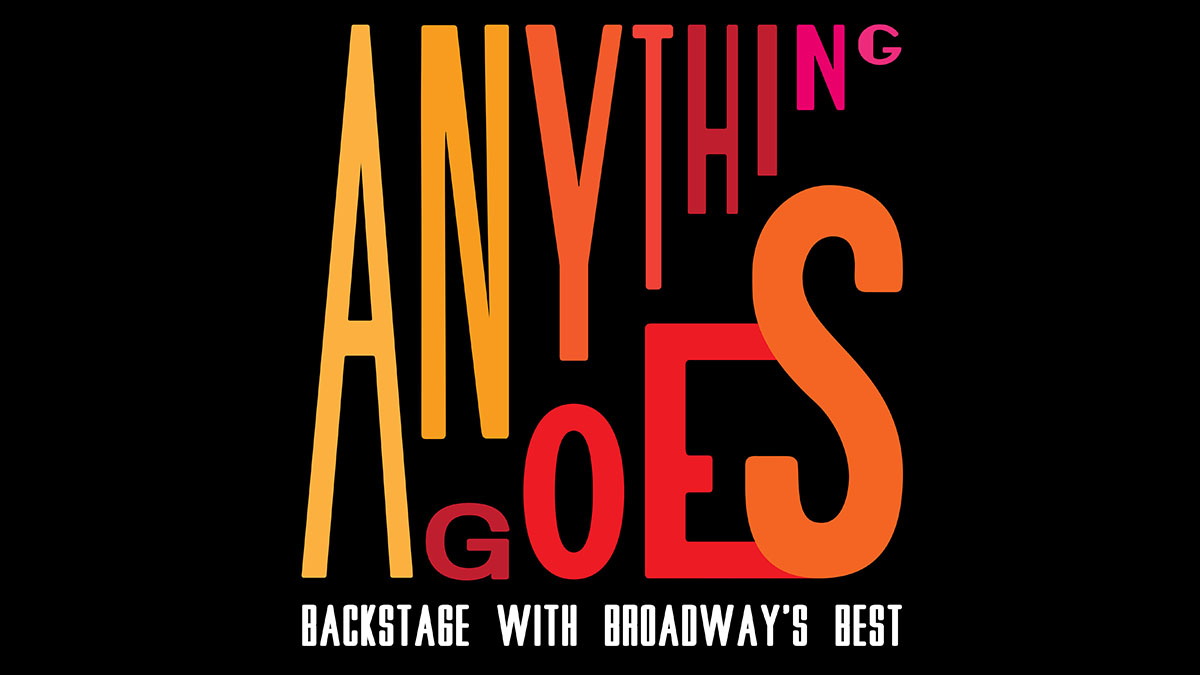 Award-winning producer and director, Paul Lazarus is reissuing his popular Anything Goes radio series as a new podcast.  ANYTHING GOES launched Monday, March 22nd, 2021 on Stephen Sondheim’s 91st birthday with his episode.  The podcast is available weekly on Mondays at BPN.FM/AnythingGoes.

ANYTHING GOES, produced and hosted by Paul Lazarus, is a celebration of the American musical theater – past, present, and future. Show-stopping conversations with composers, lyricists, book writers, performers, directors, orchestrators, and more.  The podcast is material sourced from  Lazarus’ radio show by the same name which was broadcast in New York on WBAI-FM and nationally on NPR from 1978 – 1986. Hundreds of episodes focused on storytelling with music, featuring everyone from the then fiftiesh-year-old Stephen Sondheim to the young Alan Menken who, at the time, was working on Little Shop of Horrors.

The first ten episodes of ANYTHING GOES include Stephen Sondheim and James Lapine discussing the creation of their Pulitzer-prize winning show, Sunday in the Park with George, tributes to the First Lady of Musical Comedy, Ethel Merman, Stephen Schwartz (Godspell, Pippin, Wicked), and Gretchen Cryer (I’m Getting My Act Together…), a visit with legendary book writer Joseph Stein (Fiddler on the Roof), two-part programs devoted to Comden & Green and Kander & Ebb and a visit with the then little known composer/lyricist Craig Carnelia (Working, Is There Life After High School?). Throughout the season, host Paul Lazarus explores the dazzling history of the musical stage.

The series features many rare and popular recordings of songwriters singing their own songs, such as:  Jule Styne (Gypsy, Funny Girl) playing and singing the first song he ever wrote, “The Guy with the Polka Dotted Tie), Stephen Schwartz (Godspell, Pippin, Wicked) performing the very first song he ever wrote for a Broadway show, “Butterflies are Free,” Yip Harburg singing a cut song from The Wizard of Oz and Jones and Schmidt singing songs they wrote for The Fantasticks.

NPR’s Jeff Lunden (Associate Producer for the original) has this to say about it, “Paul interviewed a who’s who of people in the musical theater in the 1980s – many of whom are no longer with us.  Being able to hear Comden and Green talk is priceless.  And Paul’s interview with Stephen Sondheim on his 50th birthday – 41 years ago! – is still golden.  I think musical theater fans will have their minds blown by the breadth of the material and some of the songs Paul actually recorded live in his apartment, with some of these writers at the piano!”

Paul Lazarus is an award-winning director, producer and writer of film, theater and television projects.  In the 80s, he produced and hosted a radio series called “Anything Goes – A Celebration of the Musical Theatre, Past, Present and Future.”  Recently, he completed a feature documentary called “SlingShot” about Segway inventor Dean Kamen and his work to solve the world’s safe water crisis.  Lazarus directed and produced the independent feature, “Seven Girlfriends,” starring Tim Daly and Melora Hardin.

He has directed many notable TV series including “Friends,” “Pretty Little Liars,” “Everybody Loves Raymond,” “Melrose Place,” “The Middle,” “Ugly Betty,” “LA Law,” “Psych,” and “Beverly Hills 90210.”  For the theatre, he has directed over 90 productions, mostly new musicals and plays.   In the early 90s, he served as the Artistic Director of the historic Pasadena Playhouse in California.  A graduate of Dartmouth College, Lazarus apprenticed with the Royal Shakespeare Company in England.

Listen to Anything Goes now at BPN.FM/AnythingGoes.