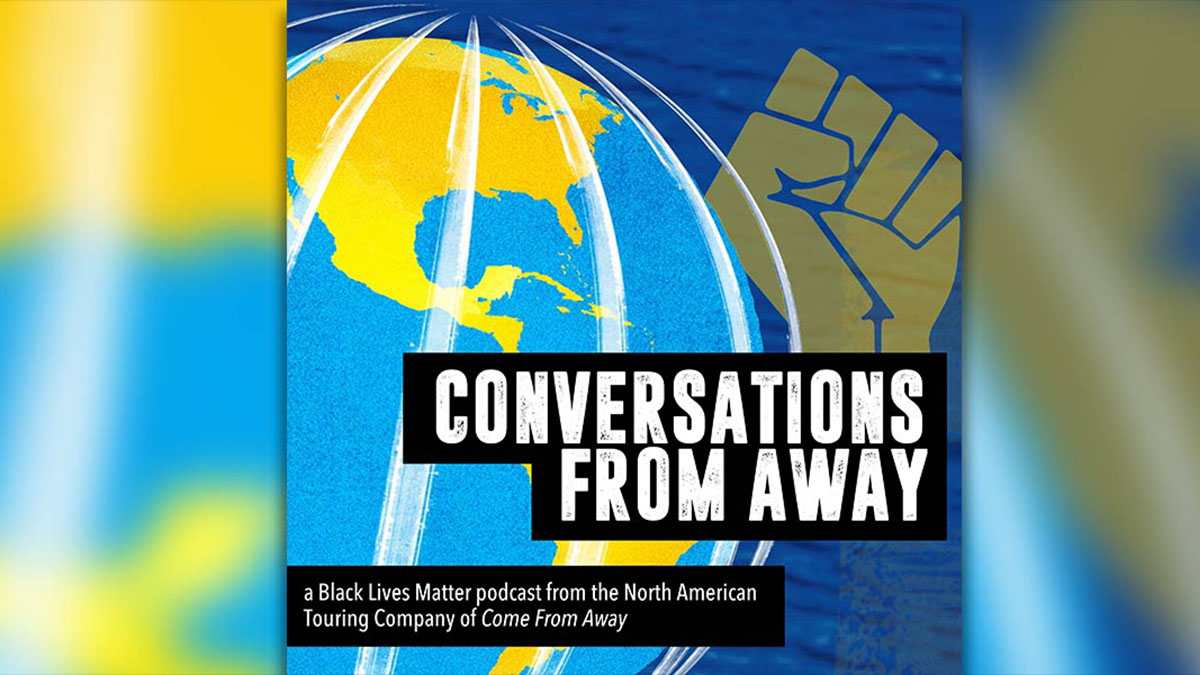 The North American Touring Company of Come From Away announced their new social justice podcast “Conversations From Away,” hosted by cast member Aaron Michael Ray. The first three episodes are now available with new episodes released every other week, on Wednesdays at BPN.FM/CFA.

Black Lives Matter. Learning and growing never stop. Created by the North American touring company of the Broadway musical Come From Away, “Conversations From Away” is a new podcast focusing on the Black Lives Matter movement and social justice issues. Sharing stories, getting uncomfortable, learning, and growing together, each episode will feature at least one social justice organization that audiences can support financially and/or become involved in. All proceeds from “Conversations From Away” are donated to featured organizations discussed in the podcast.

Aaron Michael Ray, host of “Conversations From Away,” is currently a cast member in the National Tour of Come From Away. His Off-Broadway credits include: The Low Road (The Public Theater), and Spamilton. Originally from San Antonio, Texas he graduated from Berklee College of Music then received an MFA from The Boston Conservatory.

The Tony and Olivier-Award-winning musical Come From Away tells the remarkable true story of 7,000 stranded passengers and the small town in Newfoundland that welcomed them. Cultures clashed and nerves ran high, but uneasiness turned into trust, music soared into the night, and gratitude grew into enduring friendships.
On September 11, 2001 the world stopped. On September 12, their stories moved us all.

Listen now to “Conversations From Away” at BPN.FM/CFA