News Item: Gather Together with BPN to celebrate and give thanks 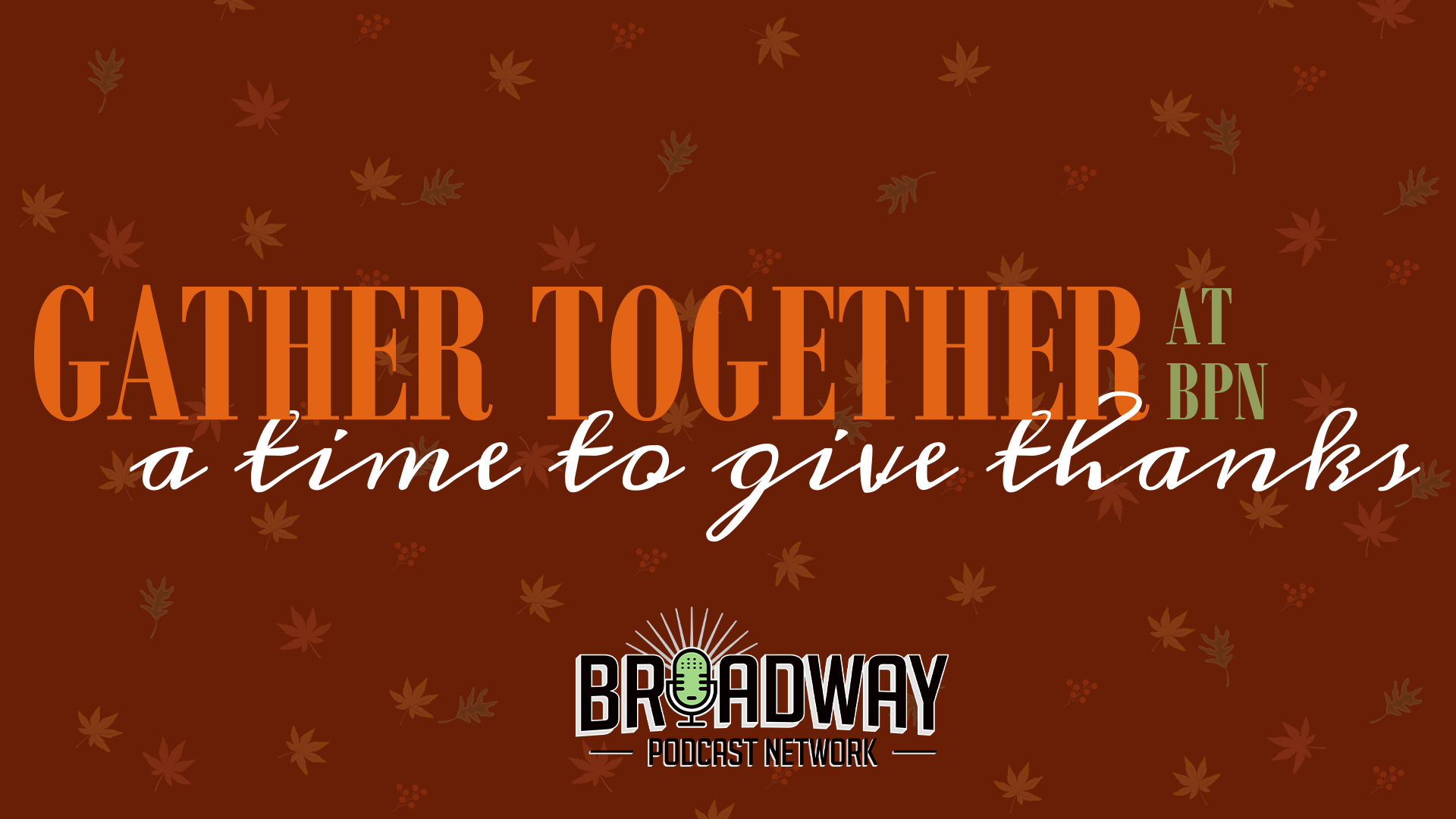 The Broadway Podcast Network is celebrating the holiday season by gathering together next week to celebrate and give thanks with special Live Events such as Thanksgiving Parade Memories with The Ensemblist’s Mo Brady and stars like Jessica Rush (who performed twice), Wining & Brining with Robyn Hurder, Shake Shake’s Executive Chef John Karangis cooking alongside Kate Rockwell, a special interactive float by Justin Squigs Robertson which highlights Broadway’s favorites Thanksgiving moments and so much more. Find it now at http://BPN.fm/gathertogether.

Monday, November 23, 9 pm – Thanksgiving Parade Memories, get an inside look into one of the Broadway community’s favorite annual traditions: the Thanksgiving Parade. Join Mo Brady of “The Ensemblist” as a live panel of Broadway vets share their favorite memories and backstage secrets of performing on the telecast. Guests include Cara Cooper (The Prom, co-host of “Mama’s Talkin’ Loud”), Jessica Rush (Tina, co-host of “Mama’s Talkin Loud”), Elliott Mattox (Beetlejuice, host of “Equity One”), and Vasthy Mompoint (SpongeBob SquarePants, host of “Vasthy’s Friends”).

Also on Thursday, November 26 – Vasthy’s Friends Parade, hosted by Vasthy Mompoint gives thanks through dance, songs, playing games, exploring indigenous history, and celebrating family. A Duet Sung by The Prom Broadway Stars Isabelle McCalla (The Prom, Aladdin) and Caitlin Kinnunen (The Prom, Bridges of Madison County); A Dance Party with Dionne Figgins (Motown: The Musical, Memphis); Games and FUN with Ellyn Marsh (Pretty Woman: The Musical, Kinky Boots); Singing Songs and Listening to Stories with the dynamic duo Lauren Molina (Rock of Ages) and Noodle (played by Rob Morrison, Nick Jr., You’re a Good Man Charlie Brown); Matthew Canann will read a book and take us on a journey through indigenous history, and will also be joined by some musicians in his tribe. Proceeds from Donations go to https://www.navajohopisolidarity.org/ a grassroots organization that has started a relief fund for the Navajo and Hopi families, by purchasing 2 weeks of food for families.

Friday, November 27, 5 pm – Shake Shack’s Executive Chef and Vice President of Culinary Innovation, John Karangis, and Broadway Mean Girls’ Kate Rockwell as they cook a Crispy Chick’n Shack and pair it with both a Crunchy Koginut Concrete and a wine of Rockwell’s expert choosing.

Saturday, November 28, 7 pm –  “Little Justice” co-hosts Nik Walker (Ain’t Too Proud) and Alex Smolowe are bringing their jolly wit and trademark snark to their very first holiday special! Join them and a cavalcade of equally insane artist friends as they drink your eggnog, break down holiday flicks, and take a stab at the greatest Christmas question of all- is Die Hard a Christmas movie or isn’t it? Spoiler alert: “It absolutely is!”