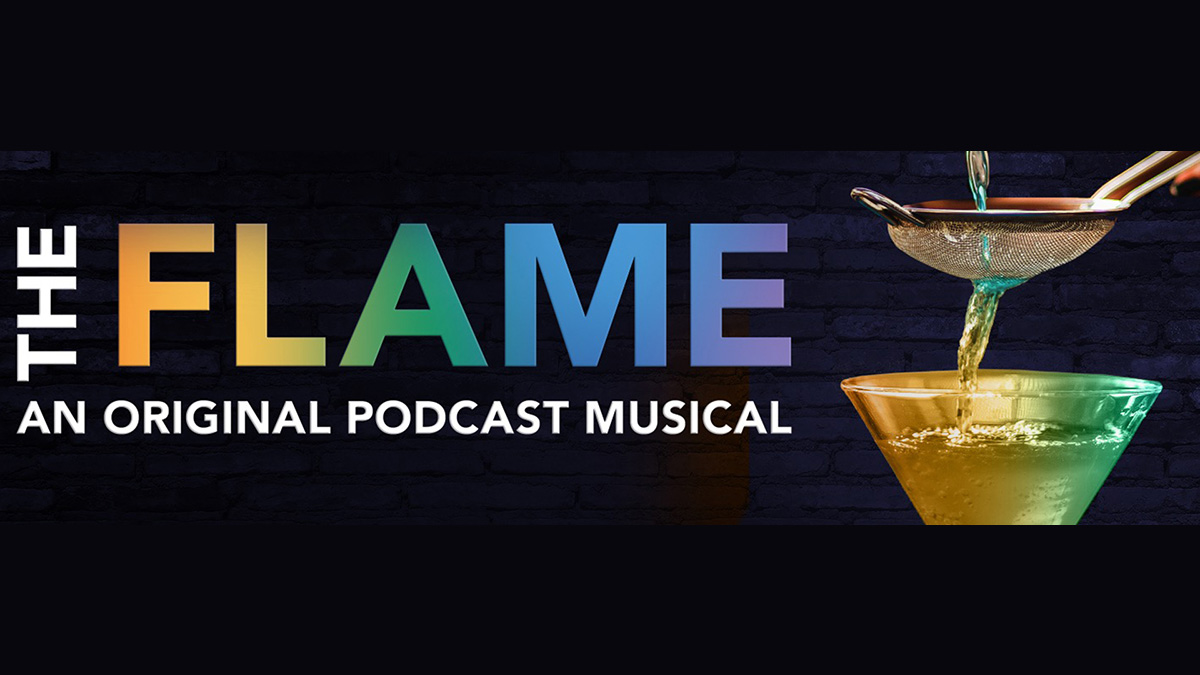 Ellie Brigida (Scoring and Music Producer) and Leigh Holmes Foster (Composer) of the celebrated Lez Hang Out podcast are bringing a brand new scripted LGBTQ+ musical podcast The Flame the Musical exclusively to the Broadway Podcast Network and wherever you listen to your favorite podcasts.  Find it now at BPN.FM/TheFlame

The Flame the Musical is an eight episode limited series that tells the story of two women: Jamie, a queer bar owner, and Sam, the woman selling the building the bar inhabits, and the inevitable sparks that fly between them! With the help of her best friend, Heather, and bar regular, Jo, will the residents of The Flame be able to keep the bar alive? Or can Sam’s friend Mel help her work through her complicated feelings about her father’s death and the building she grew up in before she makes a rash decision?

The Flame is also produced by Valerie Rose Lohman (Executive Producer), and Caitlyn Clear (Book). Featured cast members include the brightest talents across Broadway, film, TV, and voiceover, such as Jasmin Savoy Brown (HBO’s “The Leftovers”) as Sam, Jenn Colella (Tony Nominee, “Come From Away”) as Jo, Chilina Kennedy (“Beautiful: The Carol King Musical” on Broadway) as Rachel, Harrison White (“Waiting in the Wings”) as The Narrator, Valerie Rose Lohman (BAFTA Nominee, “What Remains of Edith Finch”) as Mel, Ellie Brigida as Jamie, Leigh Holmes Foster as Heather, and Jesse Nowack (YouTube’s “PinkBlue”) as Harold.

Listen to it now at https://broadwaypodcastnetwork.com/the-flame-a-podcast-musical/