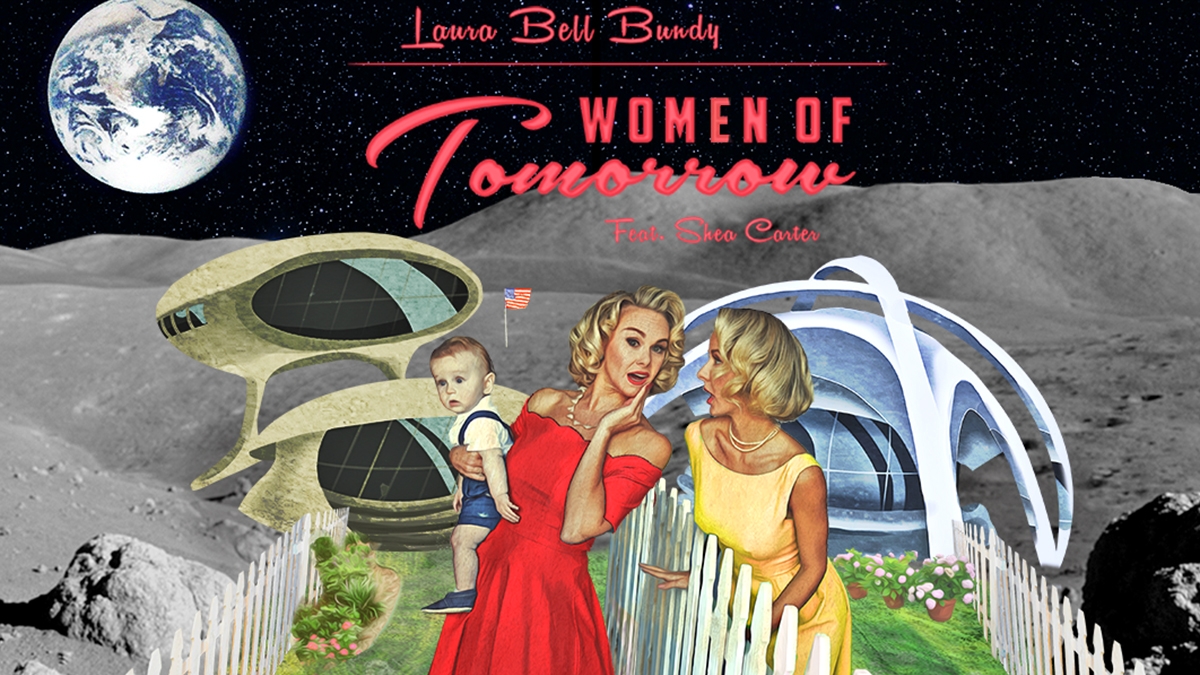 Actress, singer, and Tony nominated Broadway star, Laura Bell Bundy and co-host, music producer, Shea Carter, have a new podcast, “Women of Tomorrow” inspired by Bundy’s album of the same name, which was co-written by Bundy, Carter and Jeremy Adelman.  The podcast powerfully and deeply dives into the issues each song on her album presents, examines the history of those matters and provides solutions for moving forward.

Bundy says, “In the album Women of Tomorrow each song delves into a different issue women are facing today, but the podcast allows us to explore the history of that issue and speak with a special guest or expert about their experience and how we can move forward.  Our first episode centers around the song “Get It Girl You Go,” which is about women doing it all, breaking the glass ceiling, and getting a seat at the table.  The music video features all the female candidates running for democratic national office in 2020. So in our podcast, we examine the rights women won over the last 100 years that enabled them to join the workforce and we interview Amy McGrath, the first female fighter jet pilot and marine to fly an FA-18 in a combat mission who ran against Mitch McConnell for Senate in KY.”

Each additional episode will feature a song from Women of Tomorrow that sets the stage for each topic such as: ‘doing it all,’ equal pay, unrealistic beauty standards, obsession with social media, domestic violence, pitting women against each other, domain over our own bodies, sexual assault, the new rules of masculinity, motherhood, pregnancy, the mental load and what it means to be ‘a good guy.’ Just two women and one guest working to lower the high cost of equality one song at a time. They may not change your mind, but they will make you think.

Out of the ashes of the 2016 presidential election, came the most powerful women’s movement since the 1970’s. Women’s voices raised in unity to express their fear over losing all they had fought for and their desire for equal rights.

Inspired by the music of Glenn Miller, Doris Day, Peggy Lee, and classic MGM movie musicals, Women of Tomorrow album, coming out in Spring 2021, is vintage in sound but not in subject matter.  Like the current pop elements sprinkled throughout, this album encapsulates the experiences of today’s modern women.

Find the “Women of Tomorrow” podcast at BPN.FM/WomenofTomorrow.