News Item: My Broadway Memory unites with Broadway for Biden 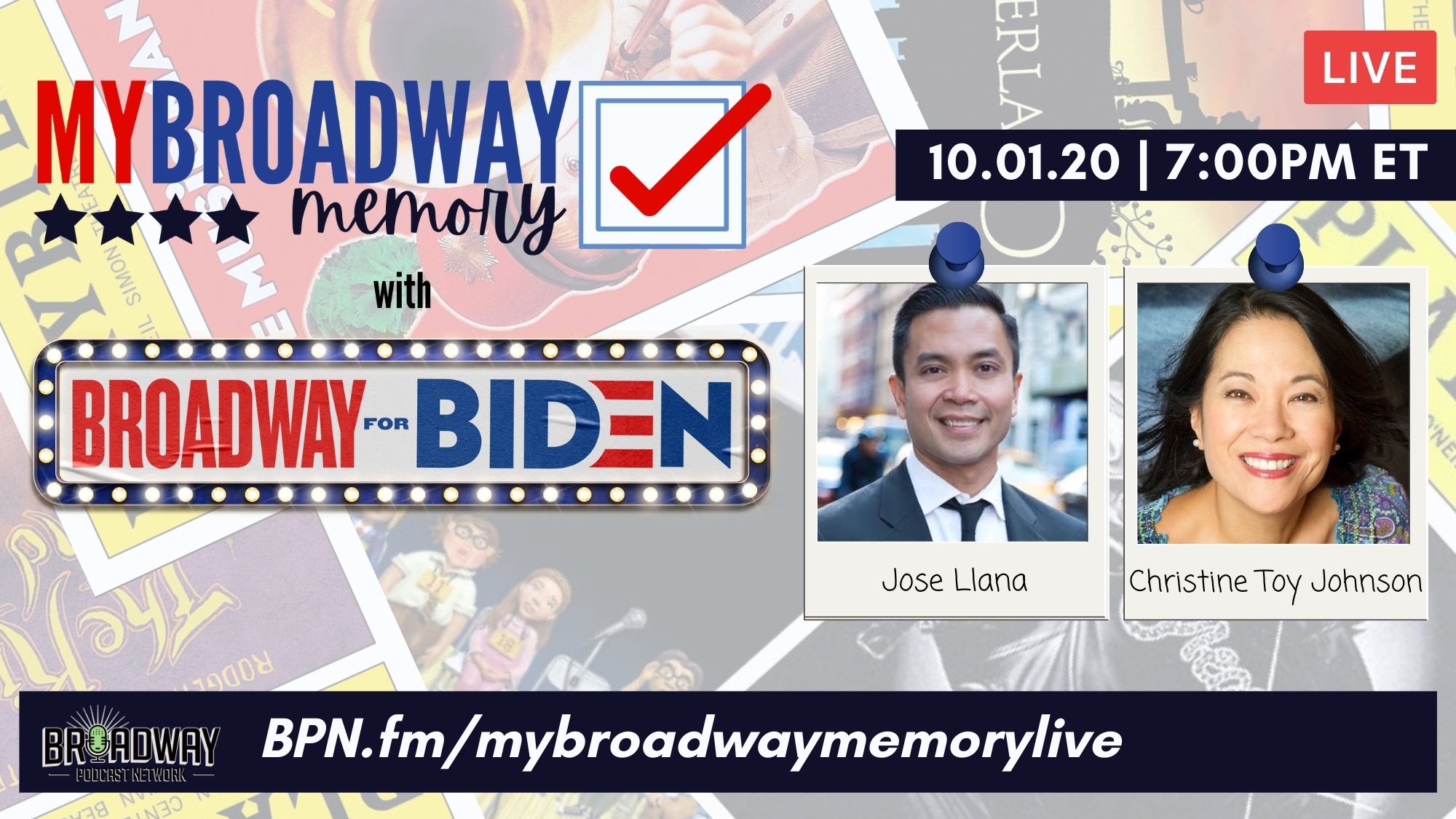 The first episode on 10/1 features Jose Llana (King and I) and Christine Toy Johnson (Come From Away Broadway Tour). Also tapped to be guests on 10/8 are Ryan Haddad and Kait Kerrigan. More to be announced soon.

On each episode of My Broadway Memory, guests select a Playbill from their collection at random and reminisce about their favorite show in addition to discussing their theatrical careers. Michael Kushner and Brian Sedita host.

During each episode, Kushner and Sedita regale the hidden gems of guest’s personal Broadway memories, but also infuse the show with activism in a segment called Good News. During My Broadway Memory, viewers not only enjoy stories of the past, but are educated on how to support charities, nonprofits and more while Broadway is dark. For the month of October, Kushner and Sedita are partnering with Broadway for Biden and each episode will focus on Broadway memories as well as voter registration and mobilization in preparation for the 2020 election.