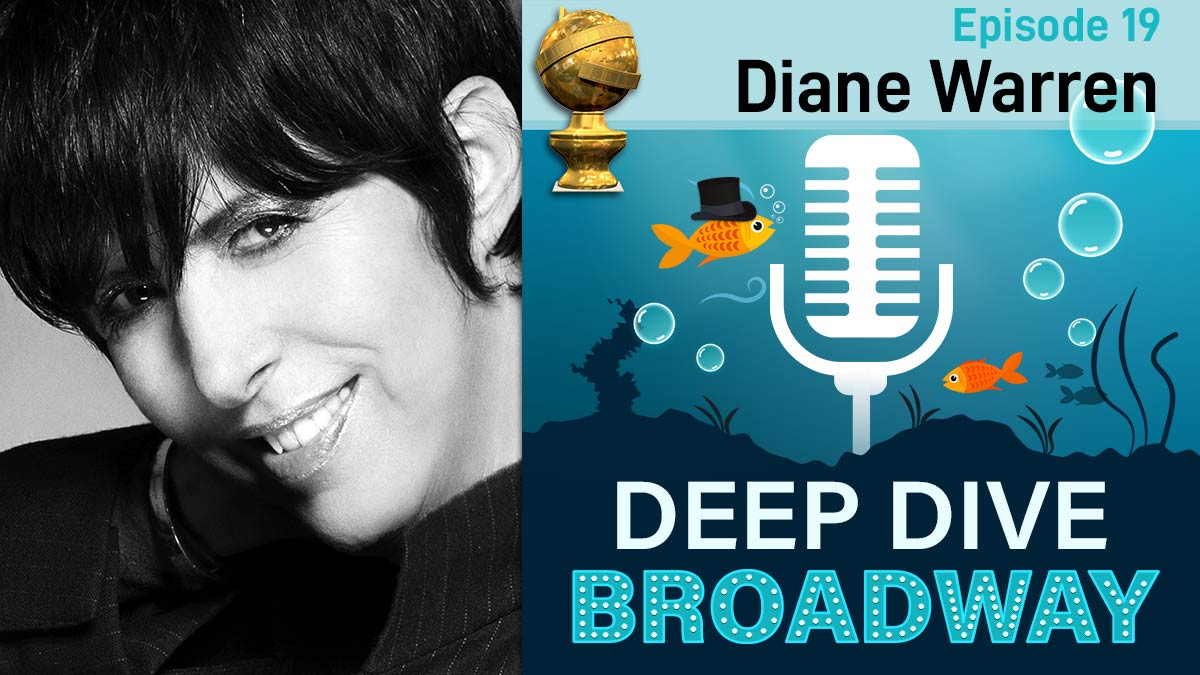 Songwriting legend Diane Warren is up for her 12th Oscar for her stunning and profound song “Io Si” (Seen) from Eduaro Ponti’s Oscar-nominated film The Life Ahead” “Io Si” won Best Original Song at this year’s Golden Globe. Join us as Diane shares the stories behind the making of this magnificent song and about her remarkable career.

Diane Warren is a songwriter, musician and record producer. She rose to prominence in 1983, and has since written songs for an incredible list of artists including: Jennifer Hudson, Lady Gaga, Beyonce, Cher, Aerosmith, Kill, Mariah Carey, Tony Braxton, Chicago and Celine Dion. Warren has written nine number-one songs and 32 top 10 songs on the Billboard Hot 100 chart. Diane has been ASCAP’s Songwriter of the Year 6 times…and Billboard’s Songwriter of the Year 4 times. Her songs have been in more than 100 movies.

Dori Berinstein is a 4x Tony-winning Producer and an Emmy-award-winning director, producer and writer of film and television. Dori most recently was Lead Producer on The PROM on Broadway and is producer, with Ryan Murphy, on the Netflix film adaptation of the show. Dori’s other Broadway Shows include Legally Blonde (Olivier), Thoroughly Modern Millie (Tony), One Flew Over The Cuckoo’s Nest (Tony), Virgina Woolf (Tony) and Fool Moon (Tony). Dori is an award-winning Documentary filmmaker, is partnered with Justin “Squigs” Robertson on the Lights of Broadway Show Cards, is Co-Founder of Camp Broadway and is the Co-Founder and CEO of The Broadway Podcast Network. https://www.DramaticForces.com

The podcast is available at https://broadwaypodcastnetwork.com/podcast/deep-dive-broadway/.