News Item: ‘OUT FOR BLOOD: THE STORY OF ‘CARRIE: THE MUSICAL’ HITS MILESTONE OF 50,000 DOWNLOADS 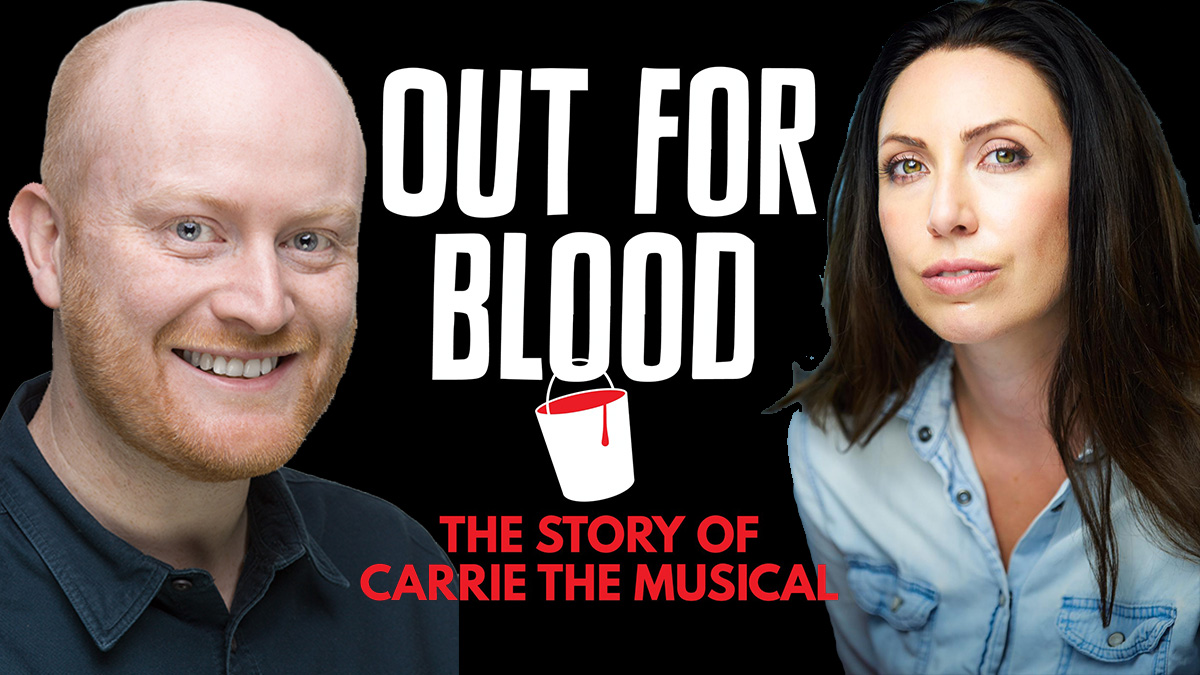 OUT FOR BLOOD: THE STORY OF CARRIE THE MUSICAL today celebrates its milestone 50,000th download since it launched in January. All episodes of the light-hearted, investigative mystery Out for Blood are now available exclusively from the Broadway Podcast Network and wherever you listen to your favorite podcasts. Find it now at http://bpn.fm/outforblood.

The highly-acclaimed original series explores the history and mysteries of ‘Broadway’s greatest flop’, CARRIE THE MUSICAL. Hosted by Holly Morgan and Chris Adams, two life-long fans of the show who, upon re-discovering a dusty VHS bootleg of Carrie from their university days, decided to track down the people who had experienced Carrie first-hand and get answers to some of their burning questions, with often-hilarious results.

The 10-part podcast tells the story of the infamous musical using over 60 oral histories contributed by people involved in the show, including cast members, crew and creatives from the workshop, original Broadway and revival casts, as well as audience members and famous fans. A special bonus episode, Out for Blood: The Aftermath, uncovered never-before-heard rehearsal tapes from the show as well as additional stories and secrets from members of the original creative team.

Originally developed and staged in 1988 by the Royal Shakespeare Company in Stratford-upon-Avon, England, Carrie is one of theatre history’s most infamous shows thanks to its notably short life and abrupt ending, disastrous reviews, mystifying design choices, revolting cast members and its notorious backstage tension and feuds. Despite a try-out run in Stratford, plagued with technical issues and an incomprehensible plot, very few changes were made before its big-budget transfer to Broadway, which infamously ended after just sixteen previews and five performances.

Listen to the episodes now at bpn.fm/outforblood