Podcast Profile: Tonya Pinkins is the voice and creator of “YOU CAN’T SAY THAT” 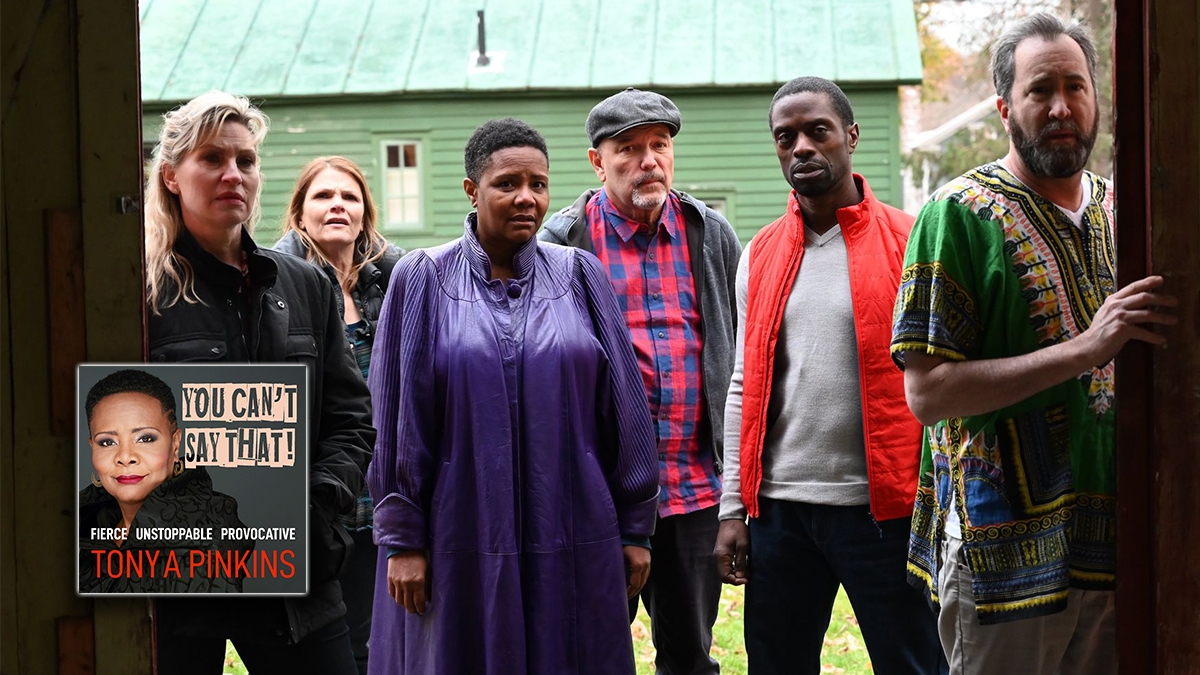 Tonya Pinkins (Jelly’s Last Jam, Caroline or Change) is a Tony Award-winning theatre, TV, film actress and host of the podcast YOU CAN’T SAY THAT, where she and her guests discuss all topics you “can’t” talk about.

Set over Halloween weekend 2020, this political thriller follows six friends as they head into red country to canvas getting white women to vote. The themes in the film resonate with fervor today, as the Beckys/Karens trope takes a greater place in the White-person’s consciousness.  The film directly addresses these aforementioned women, through MS-ogyny (women hating women), weaponizing whiteness, lack of understanding of White privilege, and women’s role in White supremacy.

Tonya wrote and made the film in 2019, although it seems that she was looking through her clairvoyant ball at today’s current events–on every level from 45’s total usurpation of power to the toilet paper shortage, she has seen it, said it, and included it in RED PILL.  “I wrote my own personal “Get Out.” says Tonya, “The current political landscape is unbearable for persons of color and I fear the worst for America and our system of government. I decided to use the horror genre to draw attention to the extreme possibilities of the nightmare we are now enduring. RED PILL is a dose of what America has coming if it does not make some big changes fast.”

She is also currently writing (and shopping around) the novella The Angry Fat Black Woman Who Devoured the World.

Aside from her work podcasting and creating during the pandemic Tonya has picked up a new skill: magic. Whilst learning magic Tonya also enjoys spending time with her children–the most cherished and important aspect of her life. She wishes her quarantine could include all of them.

Someday, Tonya would like to visit Bali, a beautiful island in Indonesia, known for its natural beauty and meditative practices. Perhaps, while in Bali she would host a dinner party for a special few, including Jodorowsky, Elon Musk, and Harriet Tubman because she admires their feats of brilliance in different arenas. At her dinner party she would toast to her physics teacher, Mr. Fitz, for teaching her the quandary of educating on material that’s been disproven. In the background the Broadway cast album Hamilton would be playing on repeat while they enjoyed their meal and conversation.

Tonya is an avid learner, listening to her other favorite podcast, 1619 produced by The New York Times and created by Nikole Hannah-Jones, breaks the boundaries of what’s unsaid.

Listen to this week’s episode of YOU CAN’T SAY THAT with the returning guest in the second episode of two parts, S Epatha Merkerson.