Podcaster Profile: Adam Rothenberg is “Baring it All with Call Me Adam” 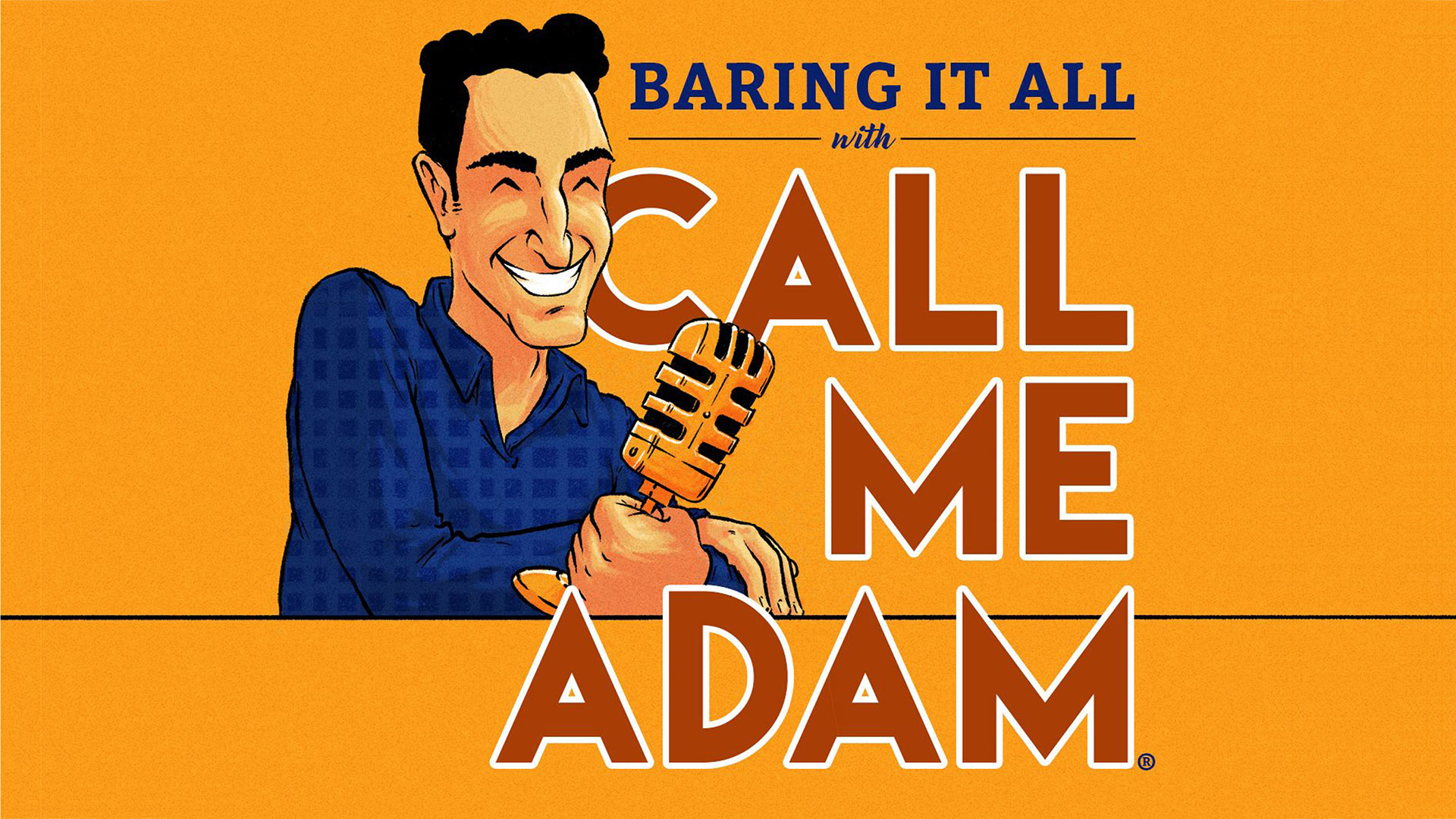 Adam Rothenberg, host of the podcast Baring it All with Call Me Adam, has been conducting celebrity interviews from the world of theatre, film, and television for over a decade. During his career, he founded the entertainment website “Call Me Adam,” contributed to CBS.com and Stagelight Magazine, and hosted a dream interpretation series, as well as, his own radio show called It’s Showtime with Call Me Adam. In his podcast, his guests literally “bare it all” and reveal something they have never shared before in an interview.

Adam’s favorite part about podcasting is the human connection between him and his guest. He loves hearing the excitement in their voice when talking about a topic they love and he loves his own Oprah moments of getting his guests choked up or crying because they touched upon a topic that is difficult to talk about.

Adam only performed theatre in college, but his favorite role was playing the “Deaf Mute” in The Madwoman of Chaillot. He loved getting into costume and being the comic relief of the show. It was also his favorite performance because he said he will never forget when his dad said to him, “I have never seen you as happy as you were up on that stage.”

As an audience member, his all-time favorite musical is The Who’s Tommy because he didn’t want to go see it, but his parents got the family tickets because The Who was one of his brother’s favorite bands. They went, and by the end of the show, Adam was singing all the songs. The show transformed him which is what he feels a Broadway show should do. About two years ago, he saw a regional production of The Who’s Tommy and STILL loved it just as much!

When Adam isn’t podcasting, he used to go to Broadway, Off-Broadway, and Cabaret shows, but since the pandemic hit he has really enjoyed watching Netflix, Hulu, and other TV programs. He also enjoys working out, biking, hiking, cooking/baking (newly found enjoyment), swimming, and traveling. Adam loved his travel to Iceland in the summer of 2019. The landscapes were breath-taking, the food was delicious, and in the summer it stays light until at least 1 am which is his kind of place! This summer, he missed his annual summer trip to Provincetown. For him, it truly is the one place he can go to relax, unplug, and recharge.

Adam has a number of inspirational figures in his life. First, he is inspired by his parents because they have gone to great lengths to provide for his family and they have always supported him from the moment he was born prematurely, when his mom was six months pregnant. He’s also inspired by his boyfriend because he works so hard (a full-time job + grad school), he has the biggest heart in the world, and he always sees the best in people. Some celebrities who inspire Adam are Dolly Parton and Olivia Newton-John because they have overcome such adversity to make a name for themselves. They also have a hand in many different projects (from music to movies to philanthropy), which is something Adam wishes for himself. He is also inspired by Betty White because her journey in television is one to remember. She started when TV was first invented and never shied away from an opportunity.

Adam would love to thank his 7th & 8th grade English teacher, Mrs. Laskey because she was one of the most supportive and encouraging teachers he ever had. She taught him creative writing and it is the one thing he has always enjoyed. It’s no wonder Adam started a blog because he gets to write every day, only now it’s writing about celebrities. You can check out his interviews at www.callmeadam.com and BPN.FM/CallMeAdam.