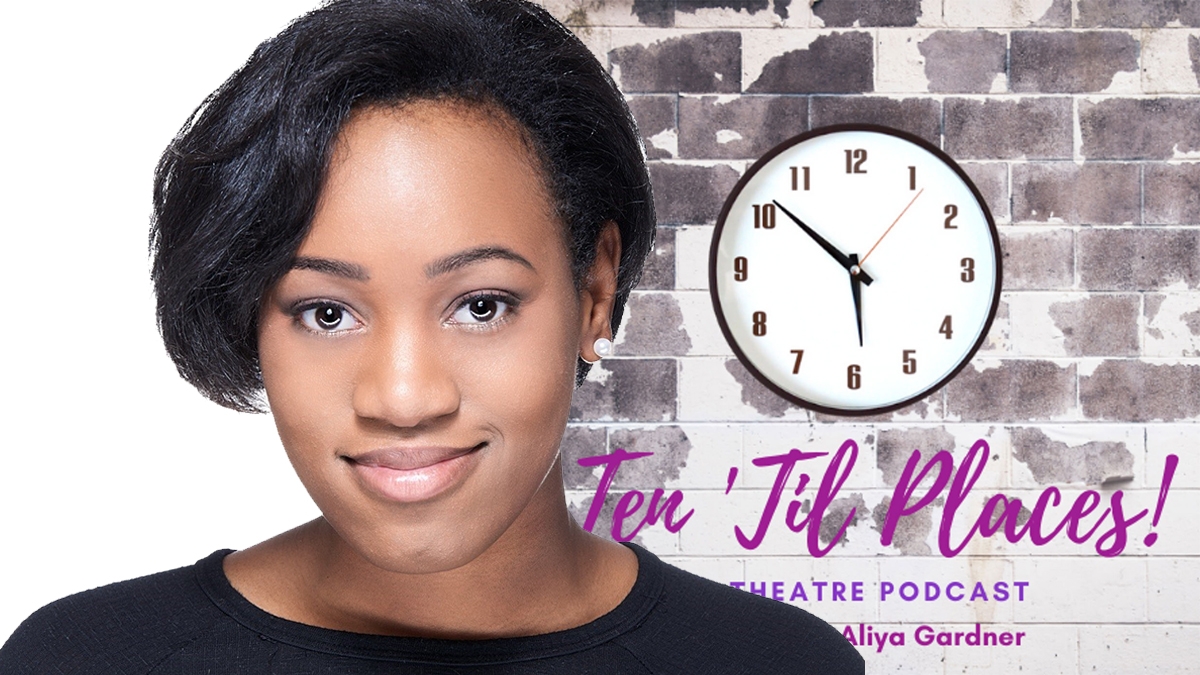 Aliya Gardner, actress and host of the podcast Ten ‘Til Places, is new to Broadway Podcast Network but no stranger to the world of theatre.

Raised in Bristow, VA, Gardner quickly fell in love with the arts at a young age. She became heavily involved in the Thespian Troupe at her high school. At 18 years old, Gardner booked her first professional show in 2017 in Hairspray with the Educational Theatre Collaborative in Plymouth, NH. She has since then stayed heavily involved in the arts by temporarily teaching with the Drama Kids of Loudon County and constantly staying on the lookout for opportunities both onstage and behind the scenes.

New to podcasting, Gardner’s favorite part about the craft is the ability to have full creative control. Her biggest lesson learned so far is that she wishes she knew how to more confidently ask someone to be a guest on her show. She admits it was “a lot more intimidating than I was expecting!” In her podcast, Gardner discusses her life as an actress and the ups and downs that go along with trying to succeed in the theatre community. She aims to incorporate into her podcast things which are really important to her, such as Black lives, theatre, her family, and sushi. But Gardner is not only a podcast host— she is also an avid podcast listener herself. Her current go-to is “SimplyPodLogical,” a podcast about a nail artist and her life as a YouTuber.

When she is not recording episodes of Ten ‘Til Places, Gardner enjoys learning new songs for auditions, scanning the internet virtual theatre offerings, or simply binge watching TV shows (see subsequent caveat) with her boyfriend. Something audiences may not know about Gardner is that she does not watch any television, she only watches cartoons. Her favorite shows are “Steven Universe,” the original “She-Ra and the Princesses of Power,” “Teen Titans,”and “Gravity Falls.”

According to Gardner, “These shows may seem like simple cartoons, but they’re so complex with incredible characters that feel real in so many ways. It makes me love and appreciate art more because it is simply magical!…I’m inspired by Rebecca Sugar, the creator of “Steven Universe” because she changed my views on the world. She’s helped normalize the LGBTQ+ community and people of color in children’s shows with such a simple and lovely concept. I need to continue what I’m doing to help normalize people of color portraying characters not typically viewed as black in the theatre community.”

In a post-COVID world, Gardner would like to visit Denver, Colorado again because the mountains are like nothing she has ever seen, but while in quarantine, her favorite cast album to listen to is Hamilton, and she’s “not sorry about it.” Someday, she would also love to invite Kristen Bell, Jonathan Groff, and Ariana DeBose over for a dinner party, or at least to be on her podcast.

While Gardner has many memorable theatre experiences under her belt, her favorite memory is when she performed in a production on Spring Awakening. “It is one of my all time favorite shows and every person in it was so wonderful,” Gardner said. “It was the first show that I was surrounded by wonderful people who were all my age and going through similar challenges in life. I made some amazing friends through that production. Thanks, Boundless Theatre!”

At the end of the day, Gardner would like to thank her mother. “She’s one of the strongest people that I’ve ever known,” Gardner says. “She’s always been such a supportive stage mom and we’ve been through a lot together. I love you, Mommy!”