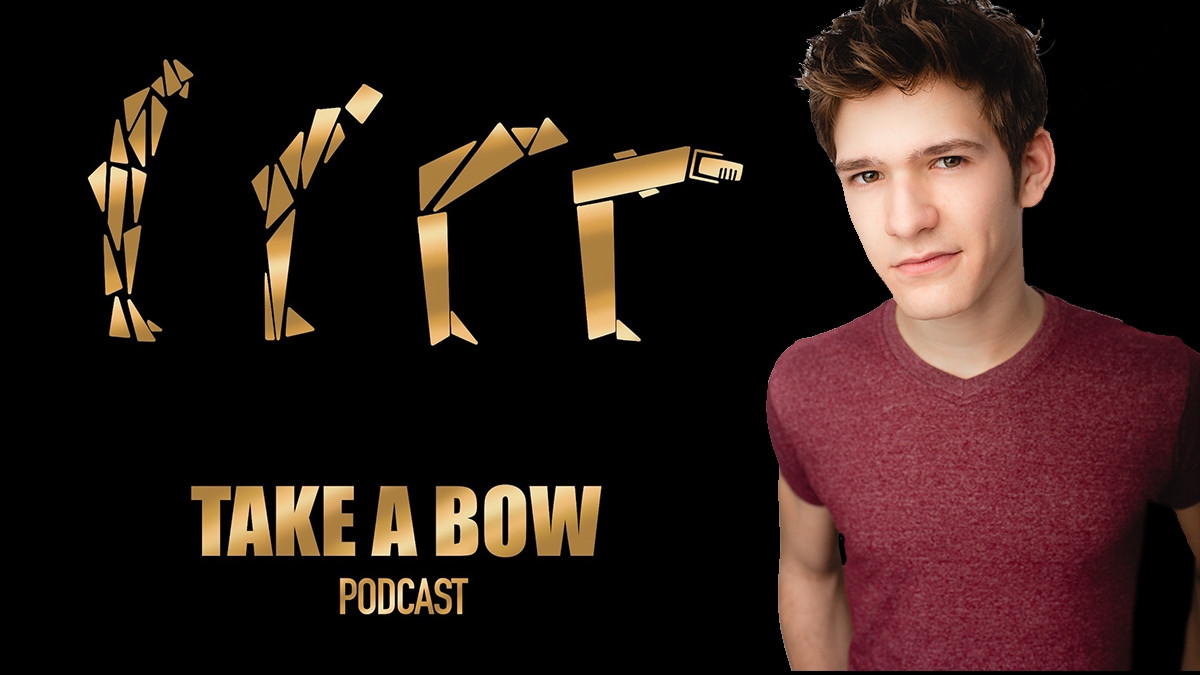 Eli Tokash, host of the podcast Take a Bow (founded with Sydney Lucas), started his podcast to continue bringing happiness to others. When the world paused, auditions and in-person live performances were halted, Eli was inspired to use his time in quarantine to give audiences entertainment in a different medium and turned to podcasting. Now more than 20+ episodes in, Take a Bow explores what it’s like being a teenager in the Entertainment industry.

Similar to many teens, Eli spends his time as a high school senior working on his assignments for his final year and completing college applications. He also spends a lot of time auditioning for upcoming projects (safely, of course). To wind down at the end of the day, Eli loves watching his favorite sports, hockey and football. People assume that, because he has been on Broadway, and the small and big screens, he is only passionate about those things. In reality, Eli considers himself to be a huge geek about all things hockey.

Of course, aside from hockey, Eli is still an avid theatre fan. Finding Neverland is his favorite show both as an audience member and performer. In his opinion, the book and songs combined with the visual direction was so special and breathtaking. Eli would be remiss not to mention and thank Diane Paulus for casting him in both of his Broadway shows, “she took a chance on this small town kid from West Virginia who never really fit in there and brought him to the Big Apple for his Broadway debut in Pippin.” As a performer, he has traveled to some incredible locations, including his favorite, Anchorage, Alaska, which he loved experiencing with friends and family during his tour of Mary Poppins.

Eli’s favorite part about podcasting is its connectivity. He really values receiving direct messages from his listeners about their love for Take a Bow and how they can’t wait for a new episode. He also loves that the podcast allows him to stay connected with his friends and faraway family members during this hyper-distanced time. Eli did not, however, anticipate how much work would be required to maintain the podcast. While he’s been listening to podcasts for years, he really underestimated and under-appreciated the time and work that goes into it.

Eli’s dream dinner party guests would be Josh Lamon, Martin Short, and Hugh Jackman. Their comedic styles combined would definitely make for one hilarious dinner. He will be serving them all Coca-Cola as Eli says he is obsessed with the drink and would love to be sponsored by them some day.

Listen to Eli and his co-host Sydney Lucas every Thursday on Take A Bow. BPN.FM/TakeABow