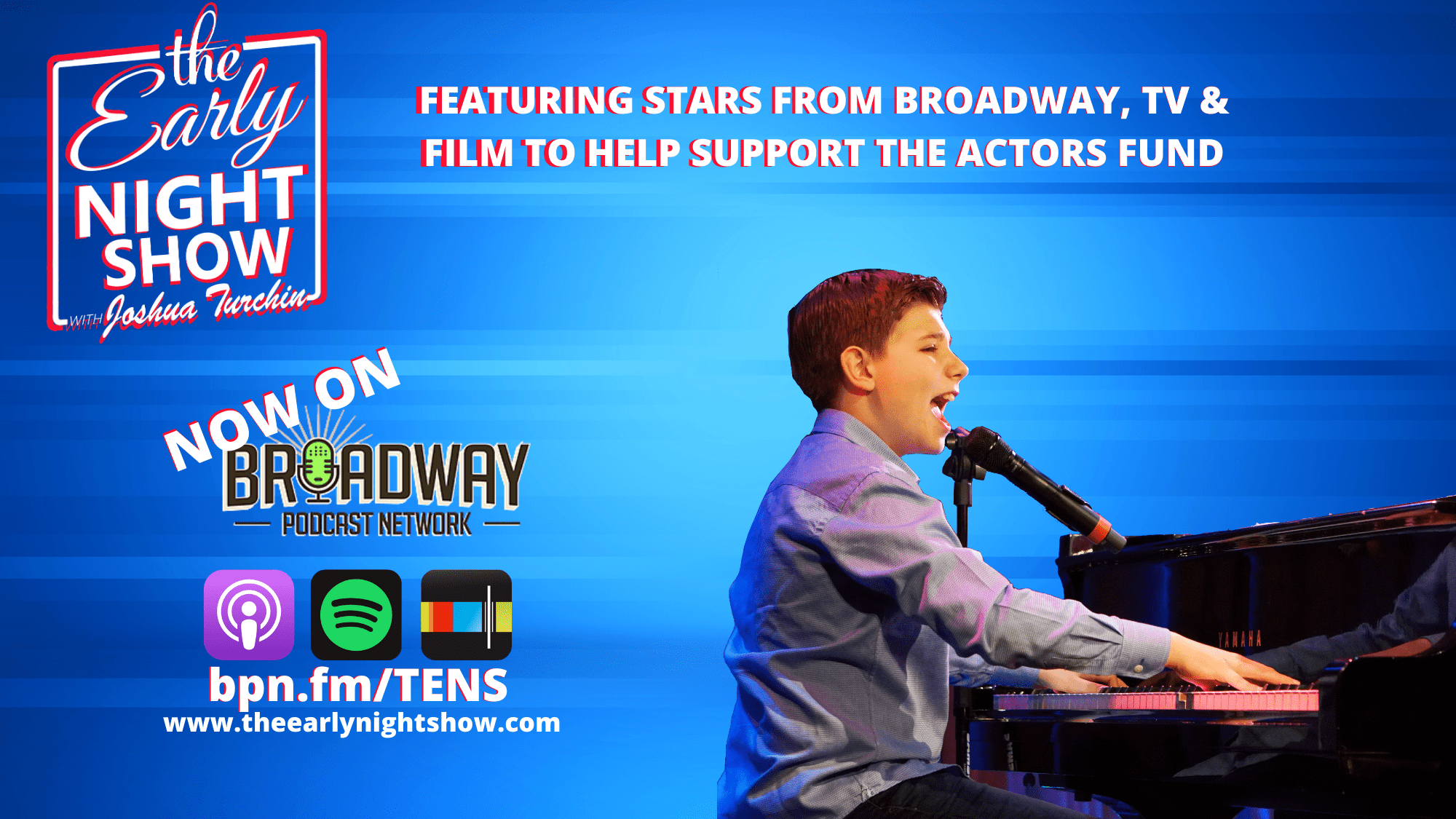 Joshua Turchin, host of the podcast The Early Night Show, is only in Middle School, and yet, as a young artist he is bringing music, Broadway interviews, and a spark of joy to listeners during quarantine. The Early Night Show started as a live show at The Green Room 42 in NYC, but because of the pandemic, has been converted into a virtual experience. He felt that it was important to him to continue the show in order to create opportunities and outlets for other entertainers in the theatre industry to showcase their talents.

Joshua’s passion is spending time composing and writing new music. He started writing songs at five years old, writing about love and break-ups. In fact, at the young age of 13, Joshua has already composed and staged his own musical The Perfect Fit, The Musical which won Best Book at the Rave Theatre Festival. Recently, Joshua spent time figuring out how to record the cast album of his show and succeeded in doing so entirely remote with each artist recording their tracks separately. The cast recording of The Perfect Fit is now available on iTunes, Apple Music, Spotify, and Amazon Music. As a matter of fact, Joshua’s one Broadway cast album he would listen to if he had to choose would be The Perfect Fit!

When it comes to inspiration, Joshua looks to some of the greats, like Alan Menken who he feels wrote many of the songs that shaped his childhood. He thanks Menken for his creation of such beautiful music and for inspiring theatre kids, like himself, through his musicals. Joshua also feels Lin Manuel Miranda is inspiring the next generation to be themselves, create their own work, and make a difference through music. In his wildest dreams, Joshua would love to quarantine with Miranda to write amazing music together. Stephen Sondheim’s three rules of writing, “Content dictates form. Less is more. God is in the details.”, sit above Joshua’s desk and are looked upon almost everyday for guidance. Joshua would love to have these three incredible men over for a dinner party to bridge the different generations of composers together and write a song.

Being a fan of Menken, it comes as no surprise that Joshua is also a big fan of Disney. He loves traveling to Disneyland often and hopes to be able to travel to every Disney park around the world. Hopefully, once the pandemic is under control and it is safe to travel internationally again, he will be able to do that! His love of Disney has also manifested in his love of theatre. His favorite theatrical experience was getting the opportunity to play Flounder in the live-to-film production of The Little Mermaid at the Hollywood Bowl in 2019 alongside Lea Michelle, Harvey Feirstein, Peter Gallagher, Cheech Marin, Ken Page, and Leo Gallo.

Joshua’s biggest lesson while podcasting has been about the post-production process. He never realized how much work really went into that aspect of podcasting, but it is worth every minute (or hour). He hopes listeners enjoy his podcast, which can be found at BPN.FM/TheEarlyNightShow.