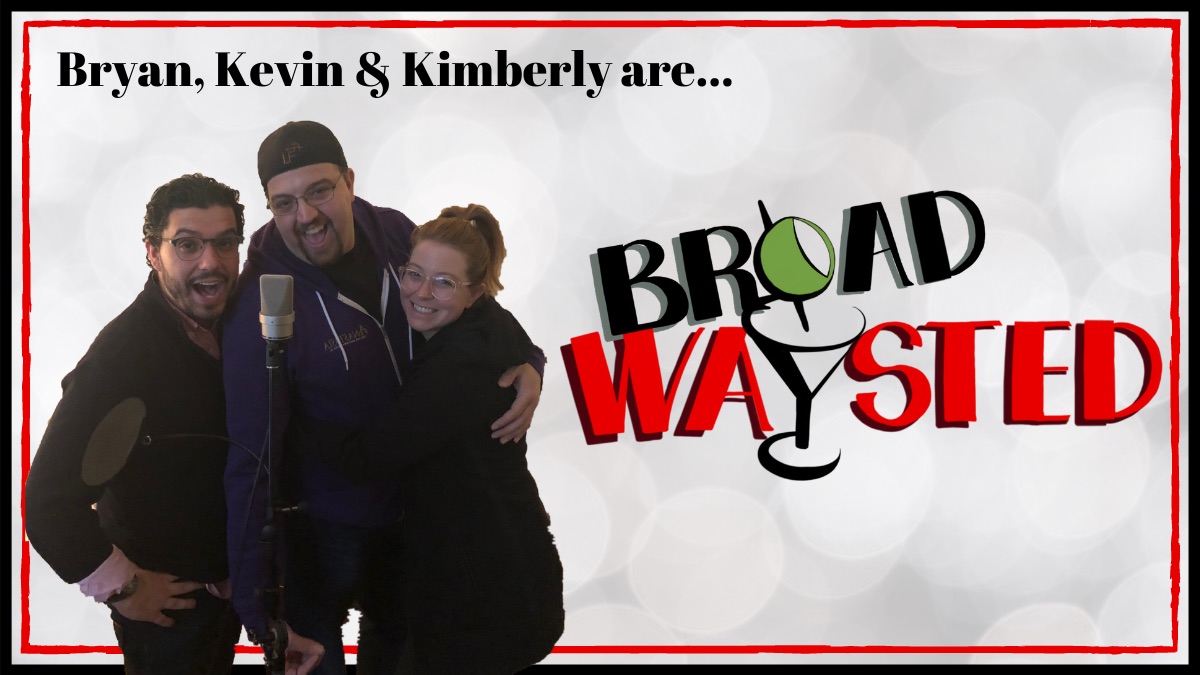 Bryan Plofsky, Kevin Jaeger, and Kimberly Cooper Schmidt, hosts of Broadwaysted, bring us friendship, laughter, and fun every week during their Broadway inspired happy hour. On each episode, the crew is joined by one of the brightest stars of theatre  to share some cocktails, discuss the wonderful magic of theatre, and play some of Game Master Kimberly’s amazing theatre games!

Host Bryan Plofksy is a playwright/lyricist with an impressive amount of television and film knowledge. Co-host Kevin Jaeger, himself a playwright and lyricist as well as an aspiring novelist, also spends his time training with the Built for the Stage fitness program.  With experience working in the industry as a producer, general manager, and creative consultant, Game Master Kimberly Schmidt can always be found “baking up a storm!” The three were inspired to start Broadwaysted to share the personal stories of the many courageous and talented creative professionals bravely making their visions a reality on the stage.

The Broadwaysted crew have seen hundreds of incredible productions on Broadway, Off-Broadway, regionally, and on tour. The three have traveled the world seeing theatre in places like New York, Chicago, Los Angeles, London, Australia, and even Thailand!  For Jaeger and Schmidt, one of their favorite theatrical experiences was the Ars Nova production of The Wildness: Sky-Pony’s Rock Fairy Tale for the inventive storytelling and emotional power.  Plofsky recognizes The Wonderful World of Dissocia on the West End as one of his favorite experiences for its unusual tone and irreverent, shocking storytelling.

With everything on hold at the moment, the Broadwaysted crew are keeping their love of theatre alive by listening to some of their favorite cast albums like Seussical, A Strange Loop, Ragtime, Bare: A Pop Opera, and Six. Quarantine also brought the Broadwaysted crew a new and fun theatre-friendly experience: celebrating Bryan’s birthday with a Murder Mystery Zoom Party run by Broadway Murder Mysteries! You’ll never believe who the murderer was! (Spoiler: It was Kimberly)

While creating more content for Broadwaysted,  Bryan, Kevin, and Kimberly continue to enjoy meeting all the amazing people they collaborate with both on their show and on the Broadway Podcast Network. From getting to know their loyal fans, , meeting all their brilliant  guests  (called #Friendsoftheshow), and collaborating with the talent of the Broadway Podcast Network (shout out to Mo Brady from The Ensemblist), the Broadwaysted crew is grateful for all the love and support over more than four years of podcasting–  especially from Jay Schmidt, who besides being a wonderful friend and supporter is also Kimberly’s husband.