Podcaster Profile: Marc Tumminelli is “Little Me: Growing Up Broadway” 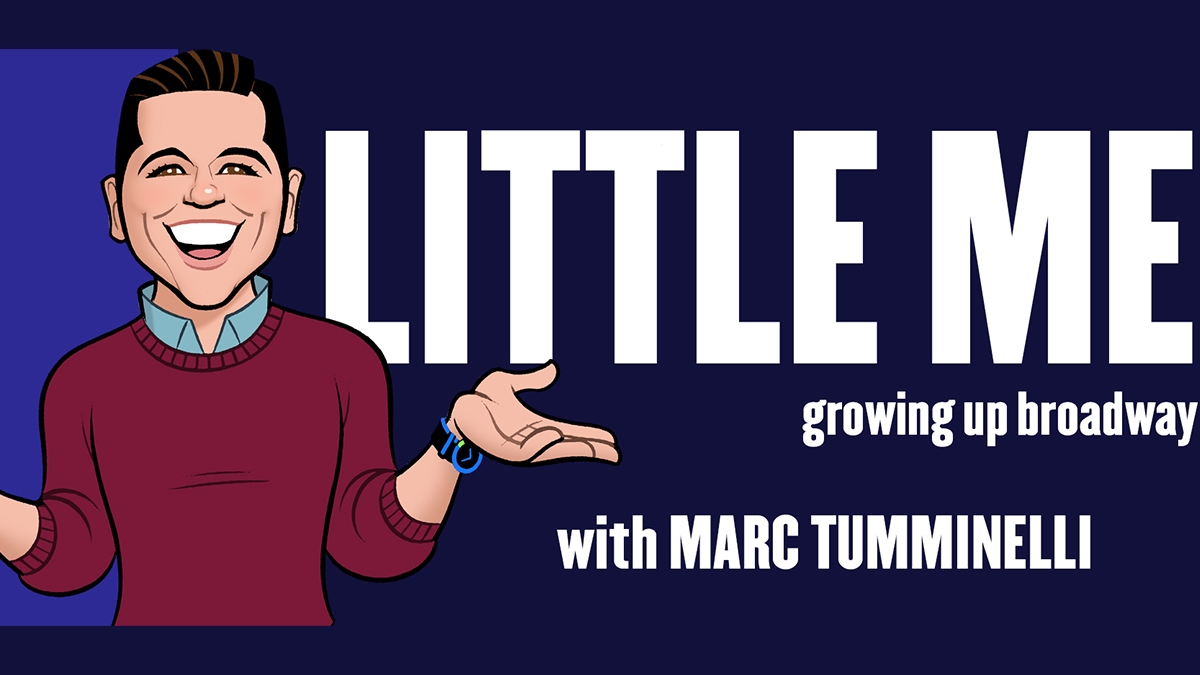 Marc Tumminelli, host of the podcast Little Me: Growing Up Broadway, is the founder and director of Broadway Workshop, a program which for over a decade has been teaching “the next stars of Broadway”. The new reality of teaching kids via Zoom, has been challenging. Marc misses seeing his students in person and on stage in Broadway shows, such as Anastasia, Matilda, Fun Home, and more.

As a theater educator, Marc, has taken his love for child actors into podcasting. Little Me: Growing Up Broadway discusses what performing is like from the perspective of both current and former young actors. His guests open up about the good, bad and ugly of being a child performer, as well as, share in his own unique insight of seeing kids go from the classroom to Broadway (sometimes overnight) with their parents waiting in the wings. Performers share tales of backstage stories, nightmare auditions, opening nights, unexpected closings, stage moms and dads, wranglers, unemployment, college and more. Marc’s favorite part is when his guests look back at things they haven’t thought about for a long time–moments they may have forgotten that helped shape their lives.

Podcasting for Marc wasn’t always the most comfortable experience. In the beginning, he wished he knew that it takes about 10 episodes to really feel comfortable–it’s a real skill that takes time to hone and navigate. Now on episode 22, he feels that he is finally having a lot of fun and loves that he gets to do it once a week.

Marc’s own theatrical credits span from Into the Woods to Gypsy and beyond. His favorite role was playing Eugene in Neil Simon’s Brighton Beach Memoirs. Marc, however, has spent much more time as an audience member and given the chance, would watch The Bridges of Madison County every night for the rest of his life. He is also a big fan of Amelie and listens to the UK cast recording regularly throughout quarantine.

Family is incredibly important to Marc. His sister is his inspiration and his most favorite person in the world. He greatly appreciates his husband and their dog Max as they have always shown him unconditional love. He is most thankful for his mom for her support, humor, and strength.

Along with his sister, he also draws inspiration from Judy Garland and Amy Sedaris. His dream dinner party guests would include the aforementioned and JonBenét Ramsey, which would be sure to have enlightening conversation. Sonja Morgan, of The Real Housewives of New York fame, also ignites Marc’s curiosity and he wishes she was quarantined with him and his husband, because of her fun personality. He’s big on The Real Housewives and his favorite podcast to listen to is B*tch Sesh, all about The Real Housewives, which highlights the show’s wildest moments, answers listeners’ questions about the show, and even hosts special guests.

Marc has also kept himself busy during quarantine by watching British true-crime serials as he  has an obsession with stories about people who have gone missing. He considers himself quite the detective, and given the opportunity, would like to be able to help find missing people.

Listen to Marc and his guests, on Little Me: Growing Up Broadway at BPN.fm/littleme.