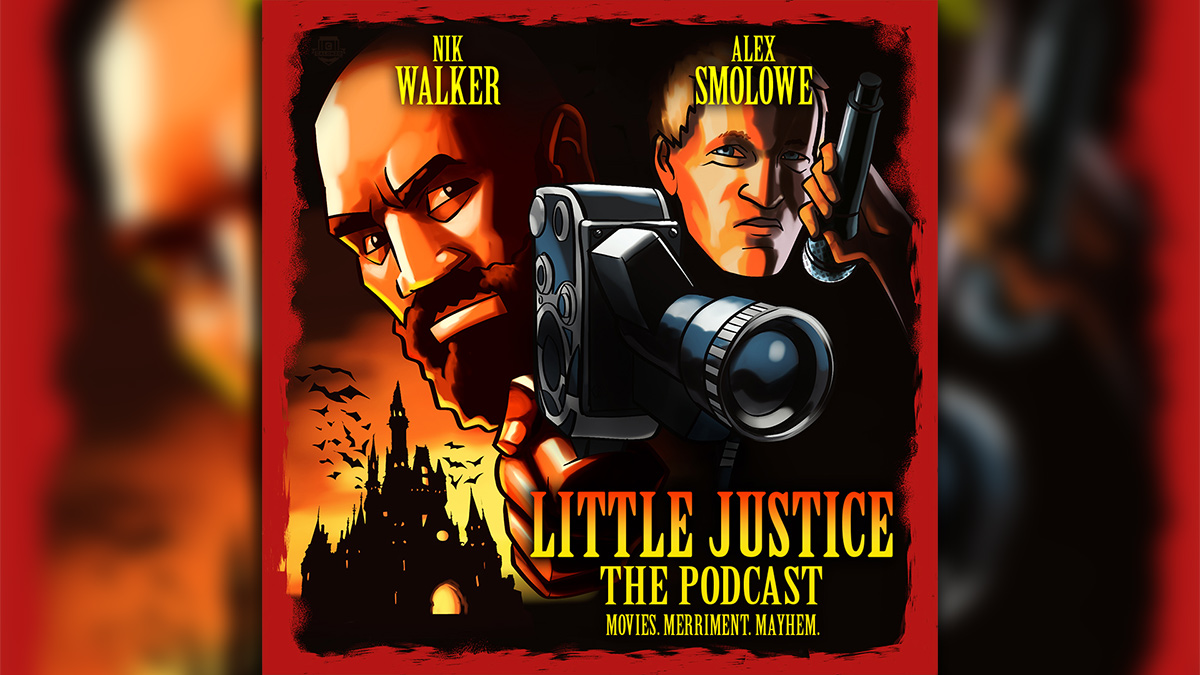 Little Justice: The Podcast, with hosts Nik Walker (Ain’t Too Proud, Hamilton) and Los Angeles film director/editor Alex Smolowe (Borderland, Never Surrender: A Galaxy Quest Documentary), in association with the Broadway Podcast Network, are pleased to announce a guest appearance of “epic proportions”…Tony Award-winner and Broadway stalwart James Monroe Iglehart (Aladdin) comes on board as the special guest for the podcast’s 10th episode, The “Most Faithful Comicbook Adaptation” Movie.

The podcast will be available starting Monday, July 13, 2020 exclusively from the Broadway Podcast Network and wherever you listen to your favorite podcasts.  Find it now at https://broadwaypodcastnetwork.com/podcast/little-justice-the-podcast/

Little Justice is a movie podcast like no other, where this Broadway vet and LA industry hustler dissect the secret sauce behind their favorite flicks, all while verbally abusing each other into oblivion.

Iglehart’s appearance on Walker’s show comes as a continuation of the playful on and off again rivalry between the two actors; this past summer the pair entertained the Broadway community and beyond with their prank wars on social media, with James pushing his #attacknikwalker campaign, and Nik coming back with #nomorejobsforjames, centered on the fact that between Hamilton, Hercules and Freestyle Love Supreme, James was working three major theater pieces simultaneously, at the time.

The Podcast Will be Available on Apple/iTunes, Spotify, Stitcher, iHeart, TuneIn, Deezer, Player.FM, Pocket Cast, Podcast Addict and everywhere else you listen to podcasts.

Nik Walker is an actor, cinephile and theme park nerd. Currently leading the Broadway cast of Ain’t Too Proud (after 3 years as Aaron Burr in the Broadway and touring companies of Hamilton), he’s also been seen in Motown the Musical, Peter and the Starcatcher, and on TV in Law and Order SVU. A writer and content creator, he is the playwright behind The Bloody Boston Trilogy, and cohost of the talk show The Chaos Twins on BroadwayWorld. @nikkywalks

Alex Smolowe is a Philly native, writer and filmmaker. As a director, his first short film Borderland won best film, director and screenplay at the NYU Wasserman Awards, and his editing work can be seen in the popular documentary Never Surrender: A Galaxy Quest Documentary, on Amazon and YouTube. He is also the creative director of eightysix/87, a branded content agency. Alex lives in Los Angeles with his wife Emine and his doggie, Doug.

James has written three different comic book stories for Marvel Comics, and has had the privilege to have sold out concert runs at 54Below, Carnegie Hall & concerts around the country. When he’s not on stage he’s usually watching Pro Wrestling or Disney + while just chilling out with his wife of 18 years Dawn, and their two cats. Zoe and Hissy.