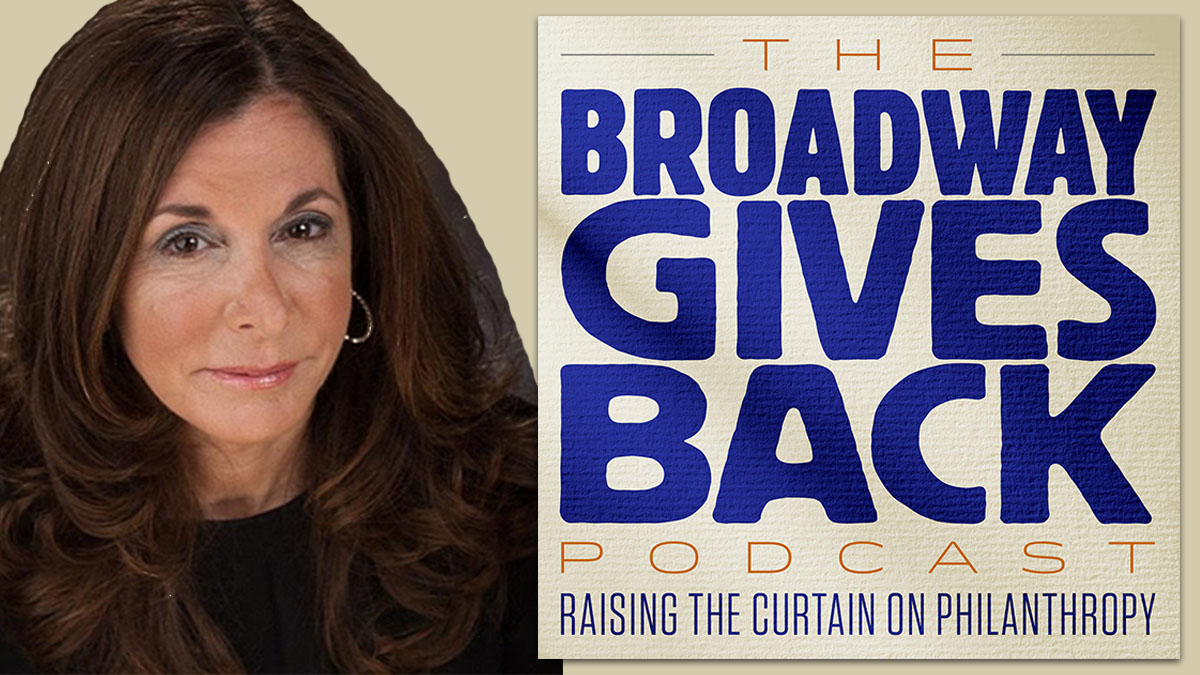 The Broadway community is deeply involved with charity and supporting important causes—it’s in their DNA. The Broadway Gives Back Podcast spotlights Broadway actors, shows, and organizations in their pursuit of social responsibility and impact. Guests will share stories about their favorite charities, how they got involved, and the people and causes who have benefited from these philanthropic efforts. From stars to stagehands, cast members to front of house, and causes large and small, The Broadway Gives Back Podcast will discuss why philanthropy is so vital and inspiring. This feel-good podcast will also showcase ways “everyday philanthropists” can do good through education and taking action to make the world a better place.

Episode 1: Judith Light — In 2019, Judith Light was honored with the Isabelle Stevenson Tony Award for her extensive philanthropy work to end HIV/AIDS and as a champion for LGBTQIA+ and human rights. In this episode, the multiple Tony and Emmy award-winning actress talks about her decades-long career and her passion for doing good.

Episode 2: Gloria and Emilio Estefan — In this episode, two titans of the music industry join The Broadway Gives Back Podcast for an impassioned discussion on their decades-long career in the music business, the challenges of bringing a musical to Broadway, and their commitment to giving back.

Episode 3: Luis and Lin-Manuel Miranda — Before his phenomenal success with Hamilton, Lin-Manuel Miranda learned much of his passionate advocacy for education, the arts, and social justice from his father, Luis A. Miranda, Jr. In this episode, father and son discuss the power of activism and making a difference.

Episode 4: Gavin Creel, Tom Viola, and Danny Whitman — Talk to anyone in the Broadway community about giving back and you’re bound to hear them sing the praises of Broadway Cares/Equity Fights AIDS. In this episode, BCEFA Executive Director Tom Viola, Director of Development Danny Whitman, and Board of Trustee member (and Tony Award winner!) Gavin Creel shine a spotlight on all the good BCEFA does on Broadway and beyond.

Episode 5: Dan Pallotta — Activist, fundraiser, and best-selling author, Dan Pallotta is the founder of Pallotta TeamWorks, which invented the multi-day AIDS Rides and Breast Cancer 3-Days, and the president of Advertising for Humanity. His 2013 Ted Talk, “The Way We Think About Charity Is Dead Wrong,” has been viewed more than 5 million times and has been ranked one of the 100 most-persuasive TED Talks of all time. On this episode, Dan joins The Broadway Gives Back Podcast for an eye-opening and transforming discussion on charitable giving.

The podcast is available exclusively from the Broadway Podcast Network and wherever you listen to your favorite podcasts. Find it at bpn.fm/broadwaygivesback.